Here’s Why the BMW Z1 Is the Strangest Modern BMW 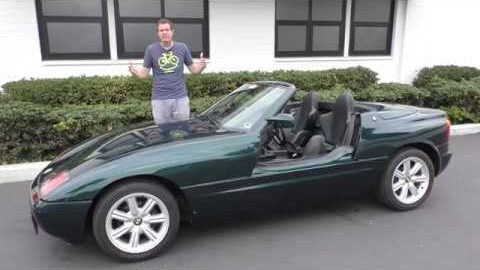 Just as you have the urge to experiment and try different things with your life, automakers also do their best to throw something different out there every once a while to see how the market absorbs it. Sometimes, something different might turn into the norm and really catch on, however, other times that something different will be a complete flop and make everybody in the industry look at the company and wonder exactly what it is that they were even trying to accomplish. Even though they might have a complete fail that’s better for nothing other than a learning experience every now and then, without this different kind of creativity, there would be no forward motion!

This time, we check out a car that you might not have heard of unless you are a diehard BMW enthusiast. Why is it something that you might not have heard of? Well, if you’re here in the United States, there is a good chance that you have never seen one because, well, it simply never has been sold here as the cars were rolled out in countries outside of the States, however, when you see the BMW Z1, you’re left to wonder if it would’ve been a good move to be brought to America. It makes the mind think about if Americans would accept the obscure design or if they would kick it to the curb.

Now, even though it’s a car that you might have never seen before in person, if there somebody that you would probably want to go over it with a fine tooth comb for you, that somebody would be Doug DeMuro. From the fact that the doors here don’t open up but rather go into the body all the way to some more obscure usability issues like the fact that you can’t really get into the glovebox or the trunk, this BMW is a, uh, “unique” one. After seeing what it has to offer, tell us if this is a machine that you would’ve ever given a chance if it did make its way here to the United States.

« Rare Gas Powered Circular Saw is Rescued from the Ground Up