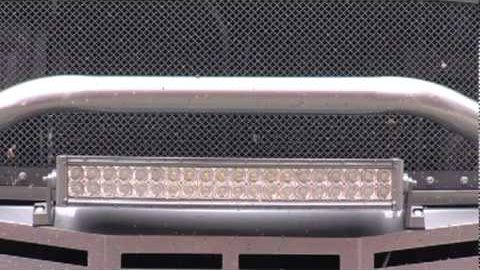 A couple of years ago, you might remember a story about a car speeding through a park and putting kids in danger, only to be stopped by the owner of a Dodge Ram who had stepped up to the plate and played the hero as he decided that he needed to throw his truck in harm’s way in order to stop this dangerous vehicle plowing through the park. It’s almost like the plot out of a movie but this was truly real life.

Because that driver was willing to destroy his truck for the well-being of others, it turned out that local shops and fellow good people were willing to step in and help him out to get his machine back on the road and do it as painlessly as possible. This is the story behind the story that wasn’t really brought to light very widely.

It all started out as one gracious shop who was thankful that there are still good people in the world decided to take the truck on, repairing the entire thing, but as someone from the shop says, once the ball got rolling it kind of spun out of control. One thing led to another, and before we know it, the truck would now have over $15,000 dollars in upgrades thanks to everyone wanting to chip in on the effort.

If you check out the news report below, you can get a little bit more information on exactly why it was that people wanted to help this guy out so much. After something traumatizing like this happens, it’s always good to see that there are still people out there who want to support others who head out and do good things.

« DADDY DAVE Goliath 2.0 -vs- Mustang CRASHES Into The Wall!