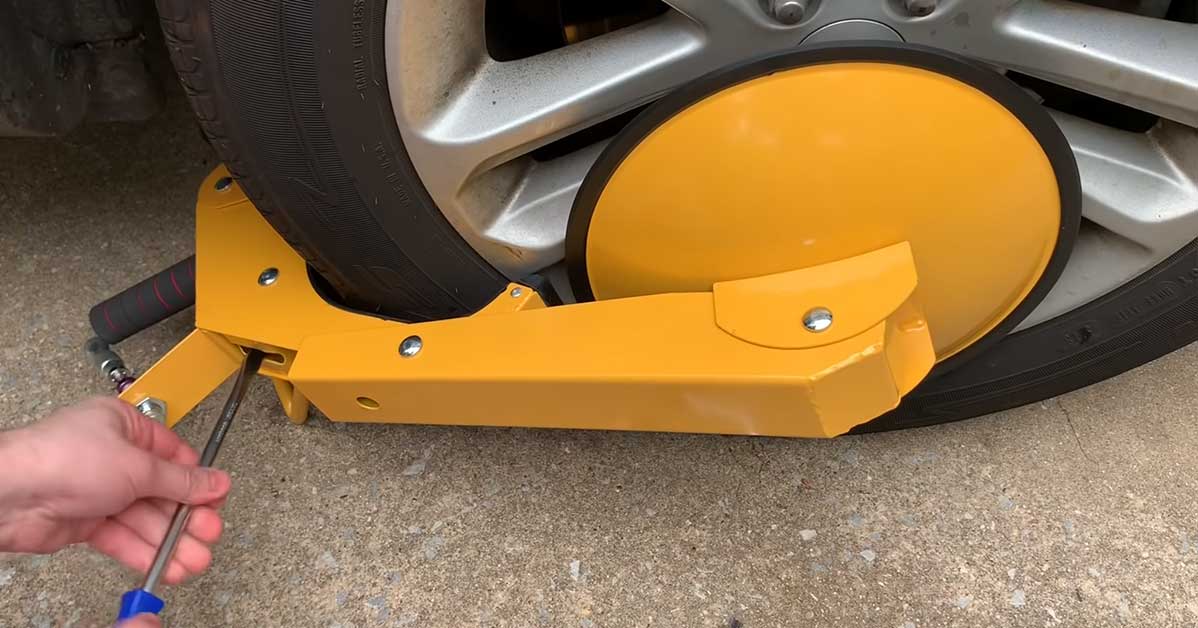 For those who have yet to meet Lock Picking Lawyer, the YouTube creator does everything he can to break into just about every lock on the market these days. Furthermore, apparently, if he sees an interesting story, he will take it upon himself to try to crack into some other things as well.

Let’s just say that we aren’t responsible if this one ends up getting you in trouble.

Following what was said to be an illegal car booting operation in the Chicago area, theLock Picking Lawyer got to work to see exactly what he could do about the situation. At the end of the day, if somebody is throwing a boot on your car who has no authority to do so, it has to be quite a frustrating situation. Fortunately, though, it appears as if these boots that are actually available on Amazon are pretty easy to get off.

With some incredibly basic tools that should likely be in most garages, our host shows us that it takes just a couple of seconds to get into these Amazon purchased units. We would assume that the official units used by law enforcement likely have a little bit more security in place but it’s hard to say if that’s the case.

Some folks have gone to incredible lengths to try and get these boots off of their cars, even going so far as driving away with them and completely tearing up their vehicles. With a video like this, we can see that if a boot is illegally placed, in some cases, it’s not all that difficult to get it off without doing damage to your vehicle. Down in the video below, we get the full rundown on how exactly one would go about removing a boot from their vehicle with just a screwdriver!

« Car Lawyer Explains Car Buying Myths, Risks, and How to NOT Get Screwed!