If there’s one thing that we have noticed about high-end wheels, it’s ...

If there’s one thing that we have noticed about high-end wheels, it’s that they can really get expensive. Before we know it, one may be spending over $1000 a wheel if they aren’t careful. That’s just the beginning, too. For those who’re looking for a real luxury taste, wheels can get even more expensive from there. If someone is really looking to show off, some wheels approach the $5,000 range per wheel.

Now, there is certainly something to be said about high-end wheels in some cases. Sometimes, there is a level of quality that costs a lot for the manufacturer to invest in. Therefore, the cost of expertise and material gets passed on to the buyer. However, with that in mind, not everybody is going to be willing to drop a month’s pay or more on a set of wheels, either.

For the Garage54 YouTube channel, it looks like they were looking into some decent wheels. However, they weren’t about to spend retail to go out and buy a set. Given that they’ve fabricated a little bit of everything, why not give a set of wheels a shot?

We should probably preface this with the fact that it’s probably not exactly the same consistent quality as a high-end wheel. Furthermore, it’s definitely not something that we would recommend doing at home. We could see this going very poorly if an amateur took it on. However, after cutting up a steel wheel that was probably pretty cheap or free, the end product actually doesn’t look all that bad.

By following along in the video below, we’ll let you judge this one for yourself. We can’t personally say that we would be willing to sink our hard-earned money into something like this. However, it does appear to be a functional way of getting a high-end look for pennies on the dollar. 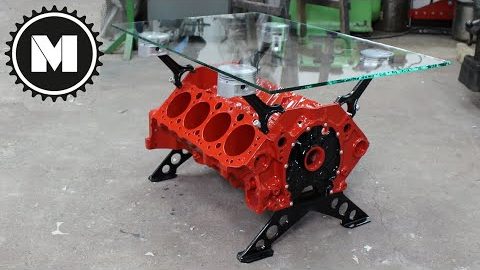