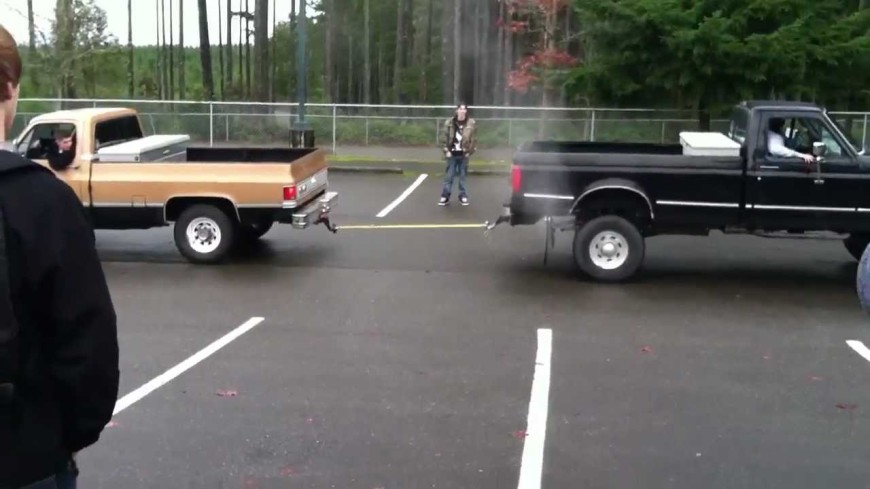 The tug-of-war is a classic test of strength, traction, and overall ability of a truck. Whether or not it’s the greatest idea to participate in your daily driver, we’ll leave up to you!

In this one, we witness a mid-90s Ford F-350 face off powered by a stock 460 big block chain up with a Chevrolet boasting a built 454 cubic inch power plant.

Check out the video below as the winner not only out pulls the other truck, but makes sure to make that victory known by not stopping and pulling the defeated around the lot for a shameful victory lap.