Hit and Run Driver Has Serious Attitude Once She Gets on Camera! 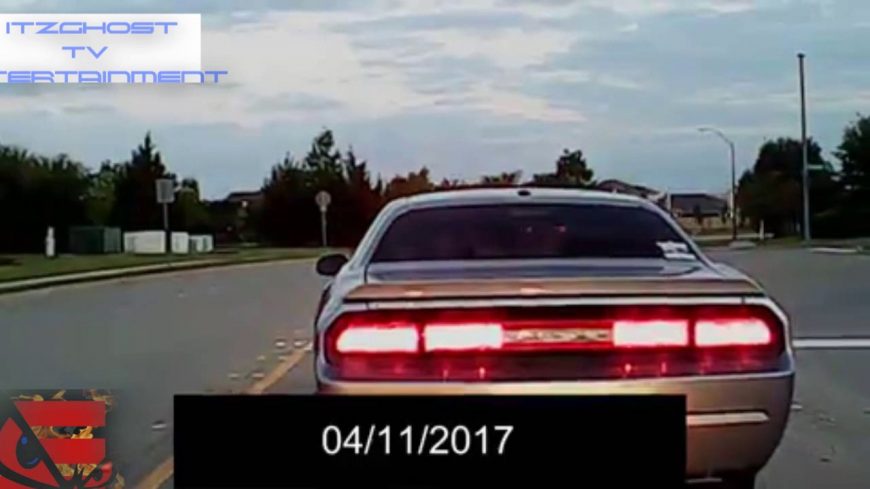 Well… this is some interesting footage, to put it mildly.

This motorist, the owner of the YouTube channel Savage Gang, was driving his pickup when a Dodge Challenger pulled out of a convenience store and right into the passenger side of his truck. The girl driving the Challenger doesn’t slow down, proceeding instead to make her way casually home as if she’s done nothing wrong. It’s impossible to tell from the dash cam’s point of view how much damage was done to the truck, but when the driver gets out we get a pretty good look at the crease that runs the length of the passenger door in also into the rear quarter panel.

The video is sped up quite a bit and it still takes a couple of minutes for the drivers to reach the home of the young woman driving the Challenger, and it looks like she might be trying to take the most indirect route home possible in hopes that the driver of the truck will give up his pursuit, but he is not relenting, opting to follow the girl and her passenger right into her driveway, where she immediately begins denying the allegations and even tries to spin the situation back on the driver of the truck saying he sideswiped her, which is obviously untrue if you watch the footage from the dashcam.

This is just yet another illustration of how disillusioned some much of America’s youth has become, refusing to be accountable for their mistakes and trying to pin the blame for them on somebody else. We have to admire the tenacity of the guy in the pickup, as many would have eventually given up, but looking at the damage on his truck, it’s obvious he knew if there was going to be any chance of insurance making it right, he would have to see it through to the end. The video’s description says the insurance company for the driver of the Challenger is claiming he was in the wrong, so he published the video just to prove that it went down the way he said it did. Hopefully, everything works out in his favor, since he was clearly not at fault.