Holding The Gas And Brake Pedals At Once: What Will Happen

Holding The Gas And Brake Pedals At Once: What Will Happen

We’re back with another Garage 54 video, this one possibly the most insane that we’ve ...

We’re back with another Garage 54 video, this one possibly the most insane that we’ve seen to date from the Russian YouTuber. In this video, we join him in the shop as usual, where he has decided to do a little experiment with friction.

As we all know, one of the best sources of friction in any automobile is the brake system. In fact, that’s one area of the car where more friction is better. So our host has decided to back a car out of the shop, pull off one of the wheels and drop the car in gear. With a little pressure on the brake pedal and some on the gas pedal, the brake rotor begins to spin with the caliper applying friction, trying to keep it still.

It doesn’t take long at all before the rotors begin to heat up and glow, showing just how much friction there is at play when you’re trying to bring your car to a stop. As the experiment continues, you can clearly see the rotors reach an insane temperature, with sparks beginning to fly. Moments later, actual flames begin to leap from the caliper, really driving home just how hot things get. Keep this in mind next time you’re coasting to a stop and find yourself with your foot on the brake pedal.

As you will see at the end of the video, the brakes themselves hold up surprisingly well to this kind of insane abuse. Our host had hoped to build enough heat and stress to break the rotor, but they held up to the intense abuse very well.

The same couldn’t be said for the pads though, and there’s even some damage to the calipers from the heat, but still, it is amazing to see how well the components held up during this test.

I’m sure we will be back with even more videos from this awesome channel as he continues to find crazy ways to test and experiment with cars for his videos. 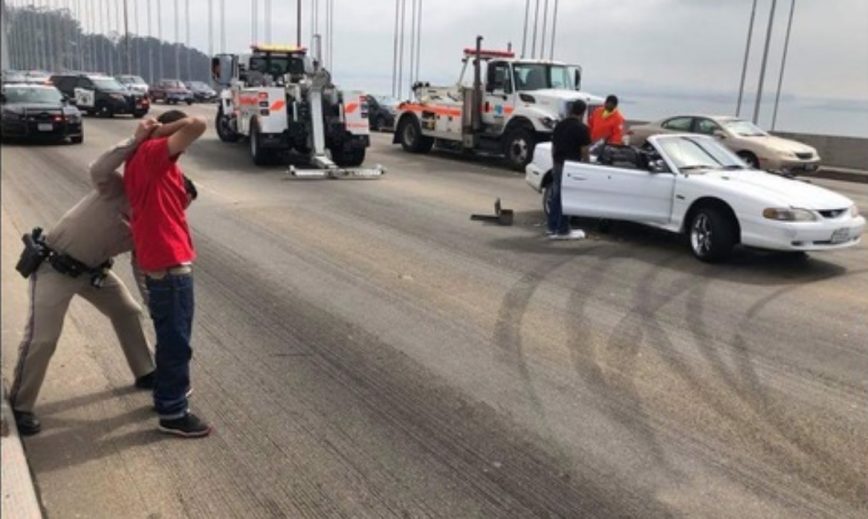