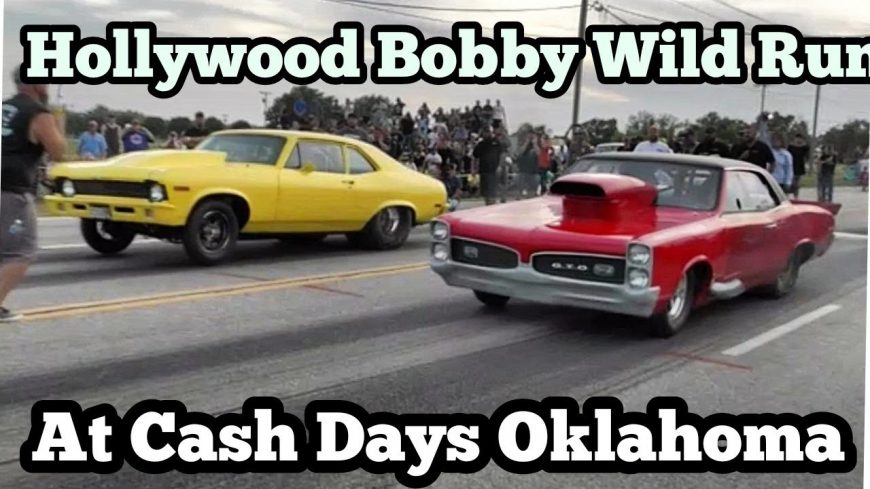 It’s said often, and accepted as a general truth in the racing world, that spinnin’ ain’t winning. I know I’ve heard it countless times from racers who either lost traction and lost a race and from guys on the other side of the coin who had a lesser car but were able to maintain traction and win despite being outgunned by the other car in the horsepower department.

Of course, if we’ve learned anything about Hollywood Bobby and his nitrous-huffing GTO, it’s that conventional thinking goes out the window when he takes to the track, or in this case, the street. We’ve seen Bobby win and lose in spectacular fashion, and you can always count on him to put on a hell of a show no matter the situation. If you need proof, look no further than the video below from National No Prep Racing Association.

Bobby is lined up alongside a pretty stout looking, and sounding, Nova. Both cars are riding on big tires and sound pretty healthy, so it seems logical that they’ll be fairly evenly matched. And they are, although when you see just how close this race is at the stripe and you take into consideration that one of the cars was smoking the tires literally the entire length of the makeshift drag strip, you begin to understand just how Bobby earned the “Hollywood” nickname.

You can tell from the abbreviated burnout that things might not go according to plan for Bobby, but he backs up and does the best he can with the circumstances. As soon as the flagger hits the light, Bobby’s GTO jumps up on the tire and begins smoking as if he was doing another burnout, but the car tracks true and Bobby sees that he’s hanging close to the guy in the Nova, so he keeps his foot planted and surprisingly, as the cars continue down the track they remain neck and neck.

In a shocking twist, the GTO pulls ahead right at the stripe to take the win by a car length and move on to the next round. So in this case, we have to say that for Bobby at least, spinnin’ IS winning!