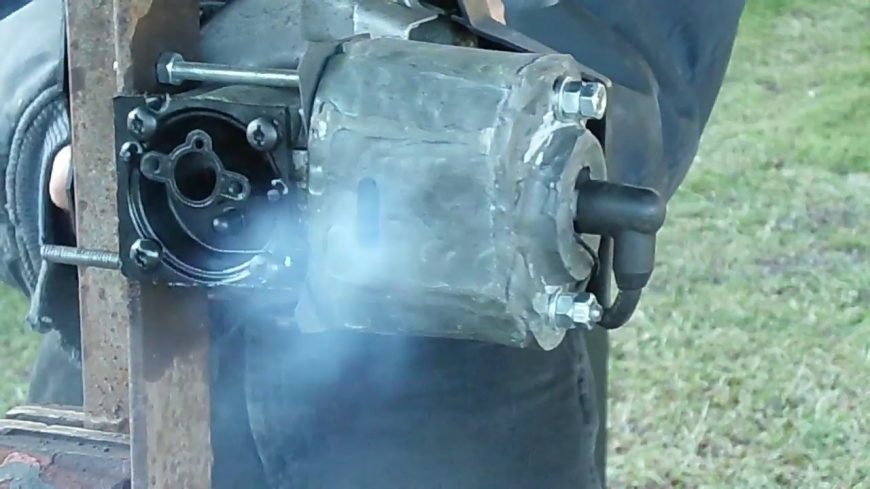 For anybody who has spent a substantial amount of time tinkering around in the garage, we all know what happens when we tinkerers are left with too much time and too many resources. At the end of the day, we will probably use all of the knowledge that we have gathered over the years to create something new. Sometimes, this ends up with an innovative idea that could change the world. Other times, though, perhaps, it results in something that’s not all that functional.

While this particular idea might fall into the latter, we have to admit that it does have one function even though it’s not very practical. For those who aren’t too observant, of course, the idea here is to construct an engine out of JB Weld. Even though we wouldn’t use this particular engine to power anything, we have to say that the entertainment factor here is real. After checking out this thing, we’re kind of jealous that we didn’t think of it first.

Typically, JB Weld is used to fix small cracks in different metals. However, people have been known to be a little bit too generous with the substance over the years. You can think of it as a temporary weld in a tube and it’s not too much of a stretch of the imagination to think about how some might just abuse its capabilities.

By following along with the video below, we get to drop in on this entire engine made out of the material. We have to admit that there is some major ingenuity in play here by the creator, ChargerMiles007 on YouTube. While this engine might not serve much of a functional purpose, it’s this kind of thought process that really innovates.

Perhaps, Elon Musk needs to consider this guy for a job!