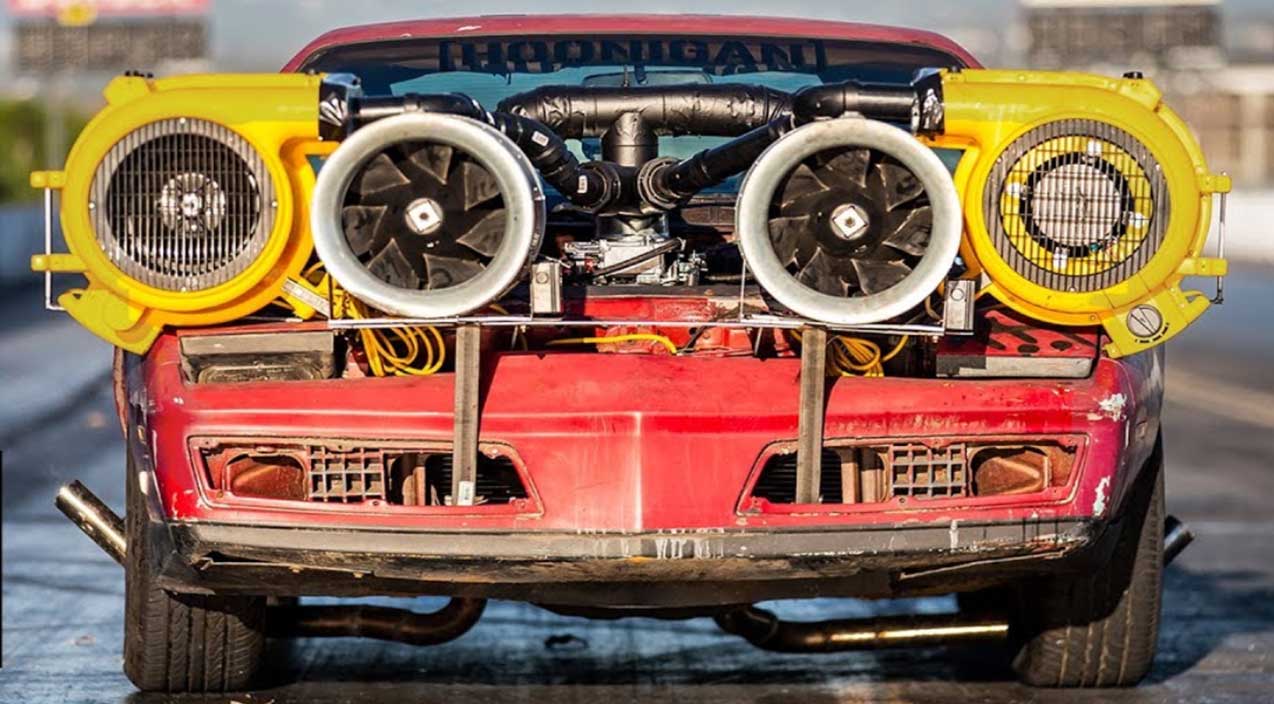 The guys at Hoonigan are back with another episode of Scumbag Labs, where they’ve made some serious upgrades to the Fireturd that we met in the last episode. If you remember, the third-gen Firebird was pretty anemic when it came to horsepower and on-track performance, putting down just 72 horsepower naturally aspirated and running 17 seconds through the 1/8th mile.

They turned on the pair of electric fans and bumped the horsepower to 101 and knocked the elapsed time down to a 13.7, which was certainly an improvement but still not anywhere near as good as the car’s potential. For this episode, the car comes back to iconic Irwindale Dragway with a new carb, some less restrictive exhaust, and a standard HEI distributor. The guys also added two more fans to force air into the engine, trying to see just how much power and performance could be extracted from the $700 ‘Bird.

This time around, the car hit the dyno and thanks to the new parts, put down a solid 182 horsepower. With more than double the original horsepower the car made in naturally aspirated form, the car dipped into the 9 second range in the 1/8th mile test and with all 4 fans cramming air into the engine, the car made nearly 220 horsepower and covered the track in 9.6 seconds after the car actually spun quite a bit off the starting line, meaning there was still quite a bit of elapsed time left on the table.

However, on the second run with the fans blowing, the driver jammed the shifter back into first gear and over-revved the engine, resulting in an end to the fun until the engine can be rebuilt.

I feel like this car has 8-second 1/8th-mile potential and I think that’s going to prompt the guys to actually fix it and get back on the track, so maybe we’ll see more of this wacky build in the future!