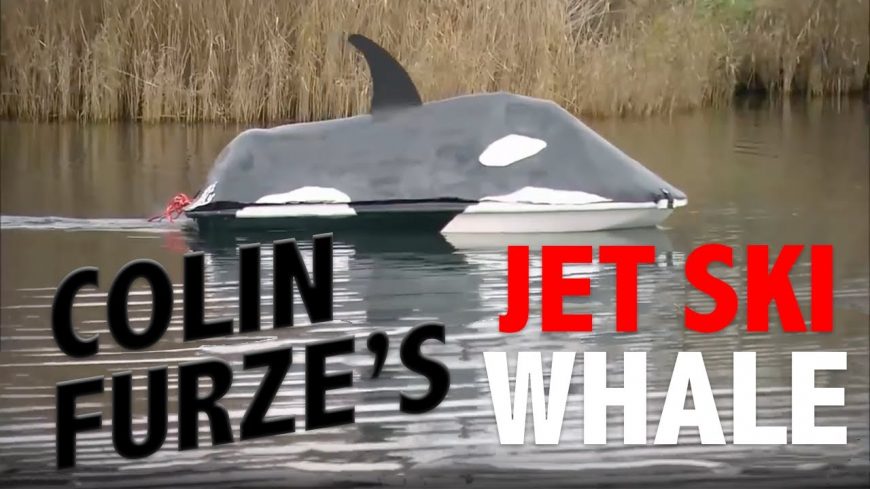 As a wakeboarder, there are several essentials that you need before heading out. If we’re completely ignoring all of the equipment that you need to buy and the boat, you’re also going to need not just one but preferably two other people to go along with you. One of them will act as the driver of the boat or jet ski and the other will act as a spotter to make sure to tell the driver if you should happen to go down in the water.

This time, we catch up with an inventor whose crazy ideas have made their way all over the pages of the Internet, Colin Furze, and his band of self-proclaimed geeks that hopped into a project that allows people from London to come and talk about their greatest ideas. After hearing these ideas, the guys get down to business, trying to create whatever it is that the people want. As you can imagine, with crazier ideas, this process could end up getting a little bit complicated but with three constructive minds, the guys are willing to tackle just about anything.

This time, the project at hand is none other than the remote control jet ski, one that can be operated by buttons on a tow rope that would allow a wakeboarder to ride around solo, losing the need for them to have two other people on their journey with them and allowing them to head out to practice or have a little bit of fun by themselves. Now, as you can imagine, building something like this might come with just a couple of challenges so hop into the video below to see exactly how this crew of guys that go by the name of the “Gadget Geeks” overcame those obstacles with the attempt of creating the ultimate solo wakeboarding machine.