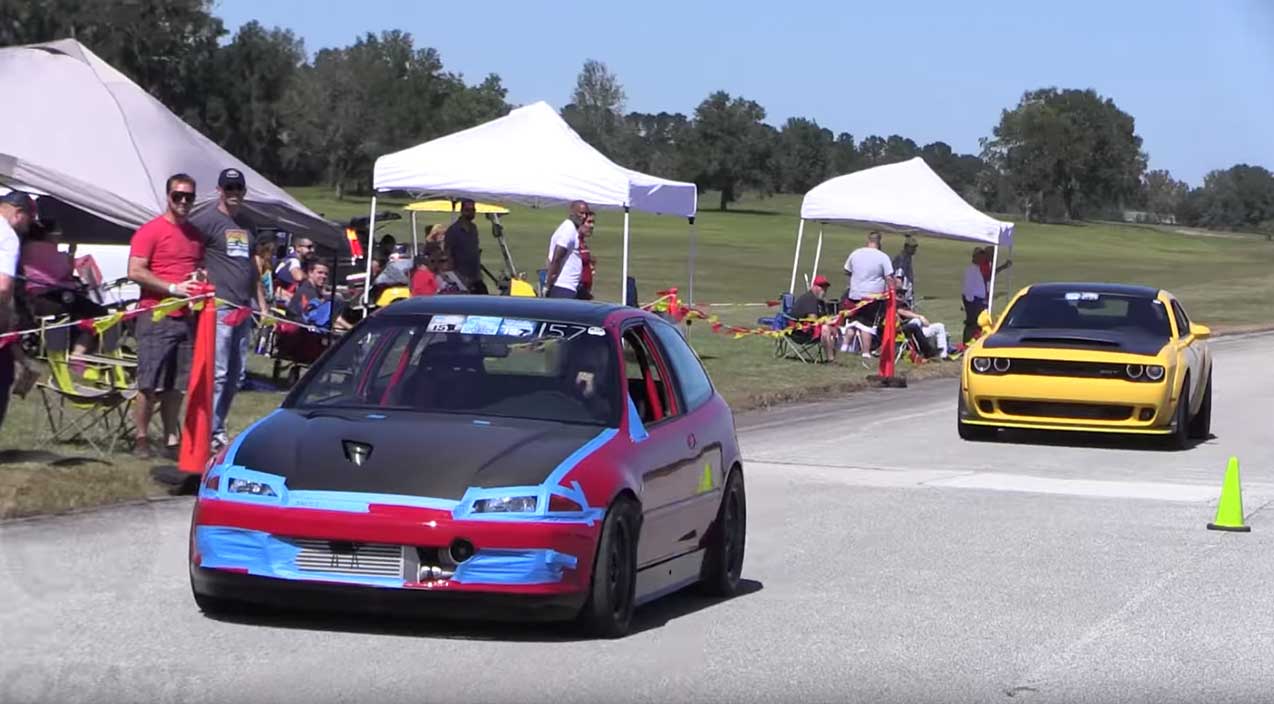 It seems like, when certain cars come out, they really steal the marquee, going above and beyond to make their presence felt. When Dodge decided that they were going to release the Demon, it really fit that role and then some. Not only did the car have high promises in terms of what it might be able to do in the quarter mile but it also seems like the marketing package really pushed the machine in front of everyone and stuck it at the forefront of our attention, meaning that big standards were set and expectations were incredibly high for the Demon coming out of the box.

Naturally, when a vehicle is at the top of its game, which there is no denying that the Demon is, we will eventually get to see how just about anything and everything compares to it thanks to the power of social media and video sharing these days. This time, the Demon is sort of taken out of its element, which would naturally be the drag strip, and taken to the half-mile. While it’s designed to be a heavy hitter in the quarter mile, the car still seems to reel in some impressive results in the half, but this time, we found a competitor that really gave the Demon a run for its money.

This time, we check out the scene as a highly modified Honda Civic takes a crack at seeing what it can do against the Demon in the half mile. With the help of a GSR engine swap, a nice sized turbo, and extensive suspension modification among a few other things.

Even though the modified economy car seems to be swinging at a class above most factory performance machines, it’s still pretty fun to see this Honda make its way down the half-mile and blow its way past 170 mph. If you want to see it go up against some of those marquee car combinations that were previously mentioned, which isn’t just limited to the Demon, be sure to check out the BigKleib34 feature from Wannagofast down below.

A Civic has officially taken down a Demon… and a GT500