Honda Comes Out With A Shocker, the “Mean Mower” Really has Some Confused

Honda Comes Out With A Shocker, the “Mean Mower” Really has Some Confused

If it comes to the world of motorsports, there’s nothing that you could ever ...

If it comes to the world of motorsports, there’s nothing that you could ever entirely write off. Sometimes, you’ll see pretty crazy stuff happening as you tune into the news to see what the latest is and your eyes nearly pop out of your head. This time, we have to warn you that such a situation might unfold in front of you yes again and while you might not might not believe it, it’s certainly true as we have seen it proven over and over again. Before you ask, yes, people actually like to do performance tuning to their lawnmowers and while it might sound a little bit corny at first, if you actually give it a chance, it’s something that’s kind of neat to watch.

A couple of years back in 2014, Honda actually put together a machine that’s was called the “Mean Mower.” Now, if you’re still doubting lawnmower performance, you should probably know that this thing hauled out to the tune of 116mph! Given the chassis that we’re talking about, that actually sounds rather terrifying but when you look at all of the equipment that they put in place, maybe you’ll have a little bit more confidence this thing. However, I guess that’s neither here nor there at this point because the main topic of discussion this time is how they are planning to bring this thing back.

As if 116 mph wasn’t enough, this time, the Mean Mower has been completely retooled and revitalized to try and break that record again. Records are really meant to be broken and as long as they’re out there and being tracked, you can probably bet your bottom dollar that someone is going to be working on taking home the new record and blasting the old one right on out of the water. If you check out the video below, you’ll be able to get a sneak peek on what Honda has been working up in order to try and break that record yet again while slapping a new face on the same old concept. For some reason, we’re incredibly excited to see exactly where this whole thing lands. 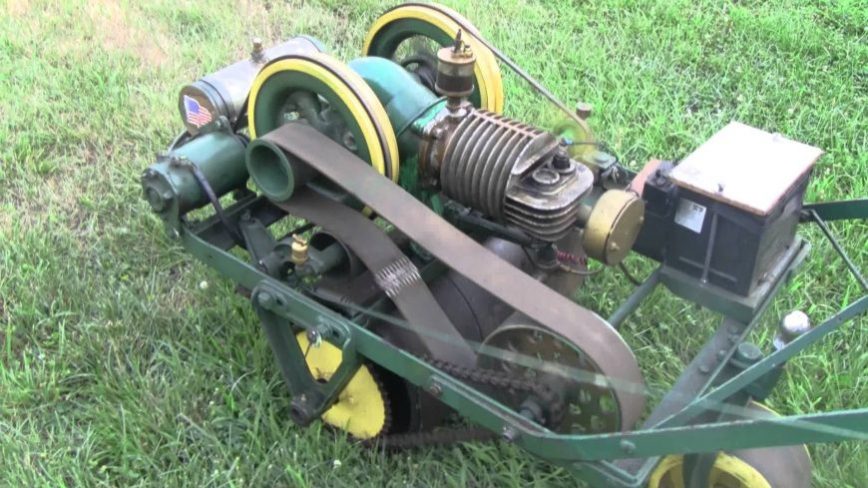