Honda’s “Mean Mower” Officially the Fastest in the World, Again!

Honda’s “Mean Mower” Officially the Fastest in the World, Again!

If it comes to the world of motorsports, there’s nothing that we could ever ...

If it comes to the world of motorsports, there’s nothing that we could ever entirely write off. Sometimes, we see pretty crazy stuff happening that blows the mind. This time, we have to warn everyone that such a situation might unfold in front of our eyes again. While this one is hard to believe, it’s certainly true! Before anyone asks, yes, people actually like to do performance tuning to their lawnmowers. It might sound a little bit corny at first. When we gave it a chance, it ended up being pretty neat to watch, though! Watching a lawnmower accelerate this brutally is a sight to be seen!

A couple of years back in 2014, Honda actually put together a machine that’s was called the “Mean Mower.” Now, for those still doubting lawnmower performance, they should probably know that this thing hauled out to the tune of 116mph! Given the chassis that we’re talking about, that actually sounds rather terrifying. When we look at all of the equipment that they put in place, maybe it shows us a little bit more confidence in this thing.

As if 116 mph one time wasn’t enough, this time, the Mean Mower piloted by Jessica Hawkins is shooting for the record books. Records are really meant to be broken and as long as they’re out there and being tracked, you can probably bet your bottom dollar that someone is going to be working on taking home the new record. This time, that record is the title of “Fastest Lawnmower,” as measured by 0-100 mph times.

When we check out the video below, we’re able to get a sneak peek on what Honda has been working on. For some reason, we’re incredibly excited to see exactly where this whole thing ends up heading next. We get a feeling that this record is just going to give them even more motivation to push things along!

Honda Comes Out With A Shocker, the "Mean Mower" Really has Some Confused 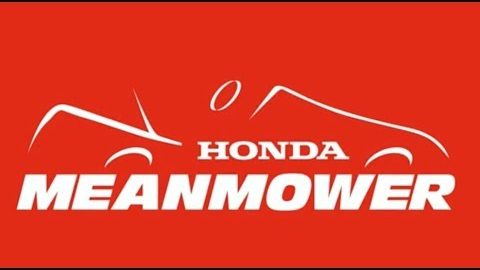