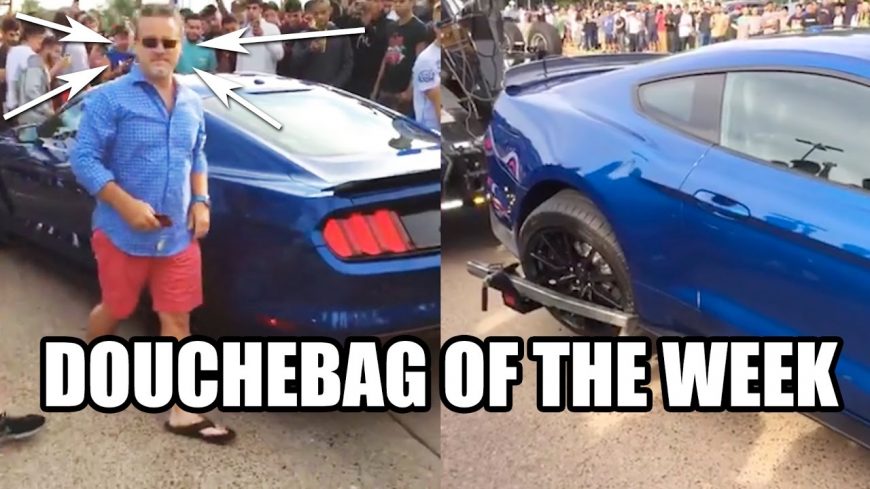 Okay, we know that you get it at this point. If you have a Ford Mustang (or any powerful machine for that matter), aren’t experienced with a RWD muscle car, and also happen to be near a crowd of people, please, for the love of whatever higher being that you pray to, drive it like a normal person. There have been so many instances where the driver of one of these things lose control that it’s almost become something that’s expected at this point and lots of times, Mustang drivers deliver on this cultural phenomenon that started as a joke and became a reality.

Sure, we get that you have finally built up enough wealth to buy yourself a fancy little ride and therefore rightfully want to show it off but if you can’t handle the power then try not to lay into the throttle, at least not in an area where there are a lot of bystanders lurking, because if you haven’t figured it out yet, your car might just be a magnet to the crowds of people nearby and end up doing some damage to itself and the people watching alike.

This time, we check out a live feed filmed at a Cars and Coffee event that shows us yet another Mustang pulling out of the show and laying into the throttle, when all of a sudden, it goes sideways and slams into a curb, nearly offing a rather large group of people nearby.

Check out the video below that shows the incident as the Mustang slides toward the crowd. Luckily, nobody was hurt, however, two small children were knocked over by the crowd who was scrambling to get them out of the way. This really isn’t that hard to get down, folks. Let’s try to not run people over next time.

« Daddy Dave testing his new Procharged motor on the dyno! No more nitrous?