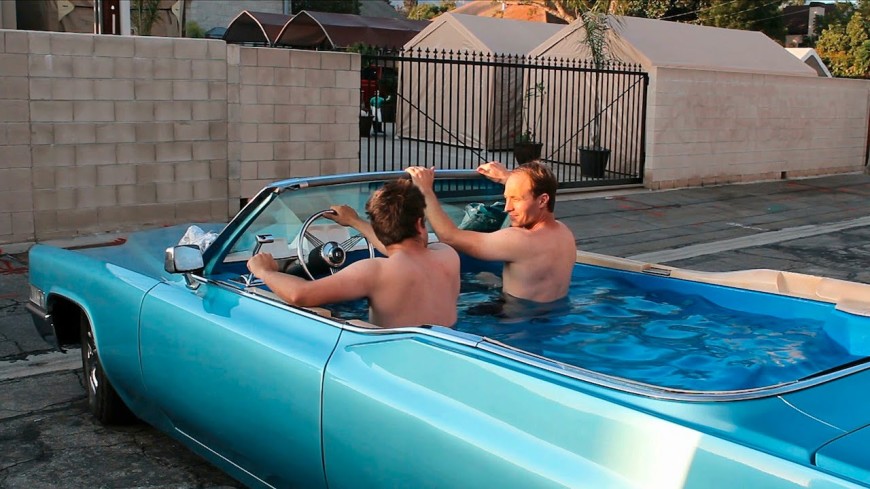 Don’t get us wrong, there have been some strange record attempts, but these two men and their 1969 Cadillac might be one of the most random that we’ve seen to date!

Over the course of several years, this Cadillac Deville would be completely retooled around the premise of a driving hot tub. The build would feature a slew of trick parts including an airbag suspension, upgraded alternator, and other watertight components.

Check out the video below when this product of imagination goes for the land speed record for a hot tub. While admittedly, there isn’t believed to be such a record in existence, the owners, Duncan and Phil, managed to get the tub on wheels up to 50mph and say that there’s a lot more left in the tank!

Not quite crazy enough for you? How does barefoot airplane skiing sound?