The Hot Wheels Computer Was a Flop When it Released but Now is Worth Over $6,000

The Hot Wheels Computer Was a Flop When it Released but Now is Worth Over $6,000

Just because something didn’t exactly work out when it was originally released ...

Just because something didn’t exactly work out when it was originally released isn’t to say that it will forever be a flop. However, at the time, when Hot Wheels and Barbie branded computers were released to the public, they weren’t exactly a smash hit. In fact, the combination of tower, monitor, keyboard, and other accessories were a relatively big flop. At the time, they were laced with bad branding and other issues. It wasn’t a combination for success. We can just leave it at that.

However, all these years later, that product that wouldn’t leave the shelves has drawn in quite the number of collectors. In fact, these things are going for thousands of dollars with the creator behind this particular video claiming that he has seen them for $6000 on the market. The units originally sold, starting in the fall of 1999, for $599.

This time, we get to dig into these vintage units to see what is so darn special about them. Let’s just say that, these things are so sought after that the creator here, Linus Tech Tips, paid a whopping $1900 just to borrow the unit in order to make a video with it. It seems as if the collection of factors that has made them so undesirable is actually bolstering the price now, even if those same factors were the reason why nobody wanted these things when they originally came out.

This video might be the perfect walk down memory lane. Even if not many of us had these as kids or had kids that had them back in the day, they definitely have branding and style about them that makes them pop to life in a way that folks from the 90s or early 2000s will certainly remember.

By following along with video below, we get a look into the window of obscurity that was Hot Wheels back in the 90s. As an iconic brand, we’re sure that they’ve tried lots of experiments. This one just didn’t seem to land all that well.

*Free Entry, No Purchase Necessary* Speed Society and JEGS Team up to Give Away Dream LS Engine (Ending Soon!) 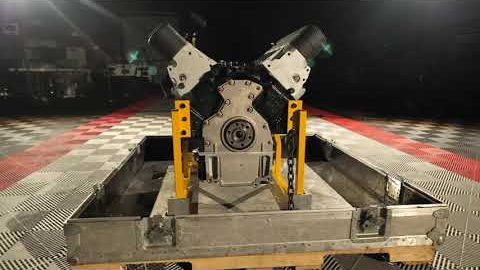