Some truck owners might find a little bit of closure as a massive collection of what ...

Some truck owners might find a little bit of closure as a massive collection of what are believed to be stolen trucks have been located in a sort of graveyard. Most of the vehicles have been stripped out and going through and the scene is pretty wild to absorb.

The feeling of having something stolen can be downright helpless. It’s infuriating to know that someone walked right in and ripped off your hard work right under your nose. While knowing what happened to a stolen vehicle isn’t very much of a consolation prize, at least it will bring the saga to a close for some truck owners.

The wrecking yard of sorts was found in Houston. In this yard, 50 abandoned trucks just sat, waiting for someone to stumble upon. It looks like thieves just stripped out the most valuable and accessible parts before leaving the carcasses behind. Among the vehicles, it looks like the majority of them are models from the past couple of years.

Clearly, the folks behind this one have to be professionals. One simply doesn’t make away with this many vehicles without getting caught unless they are good at what they do. Stumbling upon a pile of trucks like this is nothing short of mind-blowing.

By following along down in the video below, we are able to catch up with the scene. For those who are pickup truck fans, perhaps this isn’t for the faint of heart. There has to be hundreds of thousands of dollars in trucks that were simply left behind. It really leads us to wonder if those behind it are still out there and operating. To pull off an operation of this scale, undetected, has to take some massive coordination.

It really makes us wonder what they’d be able to accomplish if those responsible used their efforts for good. 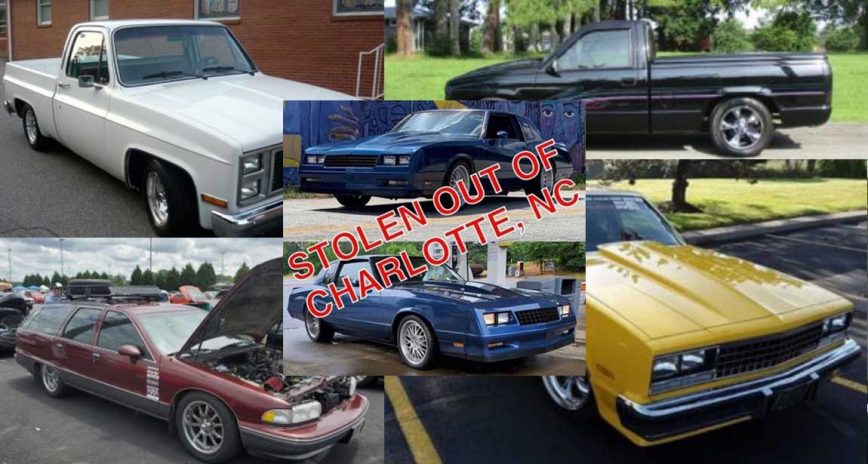