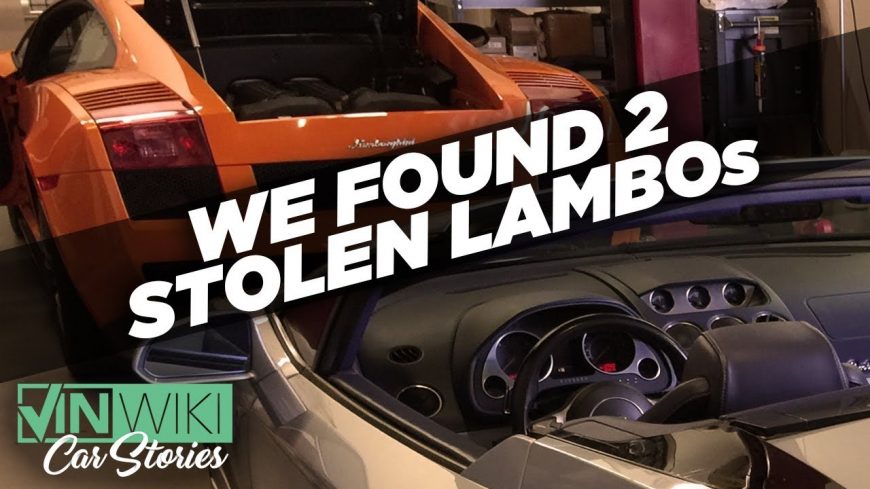 If you’ve been around the block a couple of times, you have probably heard the expression that “knowledge is power.” For somebody who hasn’t been in the position to use their knowledge to unlock something special, they might just shrug this kind of clichè off but after watching this video, you’ll see exactly how such a phrase comes in play in real life. In fact, this time, the VINWiki guys were able to use that knowledge to recover vehicles that are worth six figures each!

The story is actually pretty crazy, as most VINwiki stories end up being. When a Lamborghini would be stumbled upon with a dealer tag and drew Ed Bolian’s attention, things would quickly spiral into an unlikely situation that ended up sparking an entire investigation with a lifetime worth of jail sentence on the line.

Through an extensive knowledge of breaking down the WIN number all the way to what font it should be printed in on a specific car, one thing would lead to another and eventually, Ed from VINwiki would end up getting involved with the authorities. Before they knew it, the whole thing would snowball out of control into more than one Lamborghini and would have Ed telling the police information that they have been working hard to find but probably wouldn’t have come up with even if they put maximum resources into it and it all had to do with something as simple as the owner’s manual.

If you follow along in the video below, you’ll be able to hear the wonderful storytelling that’s weaved together, unfolding the story of a couple of cars that were rescued thanks to extensive knowledge that was able to make the trail to the supsect that much easier. It’s quite crazy how much legwork was saved by knowing the ins and outs of everything that goes into a VIN number and how the breakdown was done to discover “who done it.”

« Smoke Emerges Behind Dash Of Land Rover, Whole Shop Goes Up In Flames In Seconds