How Did He Get a Harbor Freight Jack STUCK Under His Corvette?

How Did He Get a Harbor Freight Jack STUCK Under His Corvette?

When you’re out in the garage, wrenching on whatever it is that’s your ...

When you’re out in the garage, wrenching on whatever it is that’s your project of choice, there are various situations that you might get yourself tied up in that could have you looking a little bit foolish. Thankfully, for most people, these foolish situations aren’t captured on camera and shared with the world, however, for those of us to participate in YouTube culture, that’s exactly the kind of content that’s the best to share with fans, even if it features the kind of user error over something so simple that could make you look like, well, maybe a little bit of a fool, even though it’s something that we all stumble into once in a while when nobody’s looking.

This time, the subject of discussion is none other than one of the more common hydraulic jacks that you’ll find scattered across garages across the company. The piece made by Harbor Freight seems to be pretty reliable and at such a price point that becomes hard for most enthusiasts to turn down. Therefore, it might even be one of the most common pieces that you’ll find in all of your buddies’ sets of tools! However, it turns out that this time, popular YouTuber, samcrac, had a little bit of a struggle with one of these units.

If you follow along down in the video below, you’ll be taken to the scene of the action as he manages to figure out a way to jack up his personal Chevrolet Corvette and do so in such a way that he can’t manage to get it back down again. After struggling with the jack to be able to get it to work with him and get the Corvette back on the ground again, which includes another trip to the hardware store, eventually, he admits that there’s a pretty obvious feature on the jack that he just missed out on from the start.

We know that you’re not immune to situations like this so let’s hear all about a situation in the garage that had you glad that no cameras were rolling.

Own This Tool From Harbor Freight? You Might Be in For a Surprise! $100 Million Recall 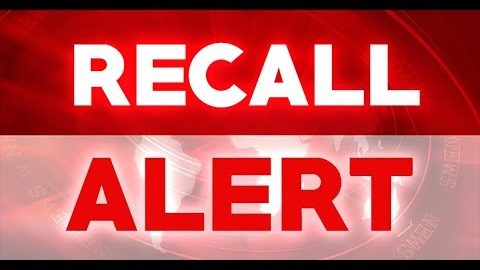