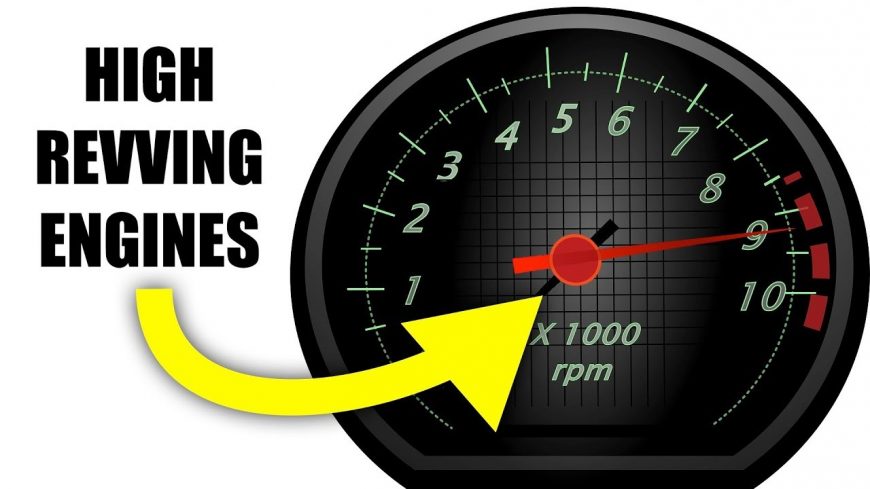 If you know anything about engines, you know that redline RPM can vary wildly from one vehicle to the next. The vast majority of cars and trucks on the road with V6 and V8 engines top out around 6,000 RPM, but some engines can spin as high as 10,000 and some get really unhappy above 4,000, and there are a great number of factors that go into deciding how high an engine can spin and still make good power without eating itself up

As you might expect just based on common sense, weight is a big factor in determining maximum engine speed. The weight of each component plays a significant role in keeping the engine as a whole happy at high RPM. Another obvious factor to those of us who’ve been around cars most of our lives is feeding the engine. All engines require three things to run: fuel, air, and spark. The fuel and air mix, the spark ignites them, and combustion occurs. That’s obviously about as simplified as it gets, but those things must be present for the engine to run, and in the correct amounts. Too much fuel and you’re running rich, leaving power on the table while burning through more fuel than necessary. Too little fuel and you’re lean, which is when you’ll make a TON of power for a few seconds before the incredible heat generated begins to melt things inside the engine.

However, the biggest factor in an engines max speed is its geometry, something that Jason from Engineering Explained has addressed in great detail in the video below. The length of the stroke and the width of the bore and the ratio between them play a huge factor, and Jason uses is Honda S2000 to illustrate exactly what differences a change in stroke length – and therefore the bore:stroke ratio – has on an engines max RPM due to the change in the actual piston speed.

« How to shadow a toolbox without tracing or cutting!