In garages around the world, there are definitely some debates that can be rather ...

In garages around the world, there are definitely some debates that can be rather circular. By this, we basically mean that there’s no real answer. However, that certainly won’t stop folks from talking about the topics. Some people will even be willing to die on these hills as they won’t be influenced otherwise!

One area that really brings this concept to life is that of the new truck vs the old truck.

While somebody who’s not highly immersed in the mechanical side of things might think that newer is always better, many of us know that the old school vehicles definitely have their appeal as well.

In these newer trucks, there is obviously modern technology and the newer variations can do a lot more than the old school vehicles. With touchscreens and sensors everywhere, the usability factor is much higher.

This time, we dive into a video from the folks over at TFLclassics that picks apart two trucks separated by 26 years. The brand in question has even gone through a split as well. As we all know, older trucks still live under the “Dodge” nameplate while newer FCA trucks are under the “Ram” brand.

By following along with the video below, we get to see what exactly 26 years of development has yielded. At the end of the day, we definitely stand by the fact that this is an argument that will forever go around in circles. As a fence sitter, I think that it’s safe to say that each side definitely has its strong points.

Which side of the fence are you on, though? Is new technology king or is the simplicity of an old-school ride what makes the juice worth the squeeze? 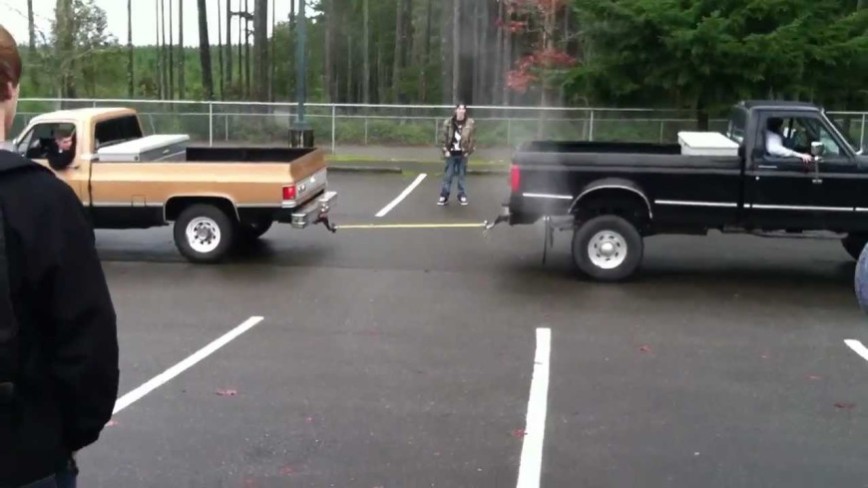