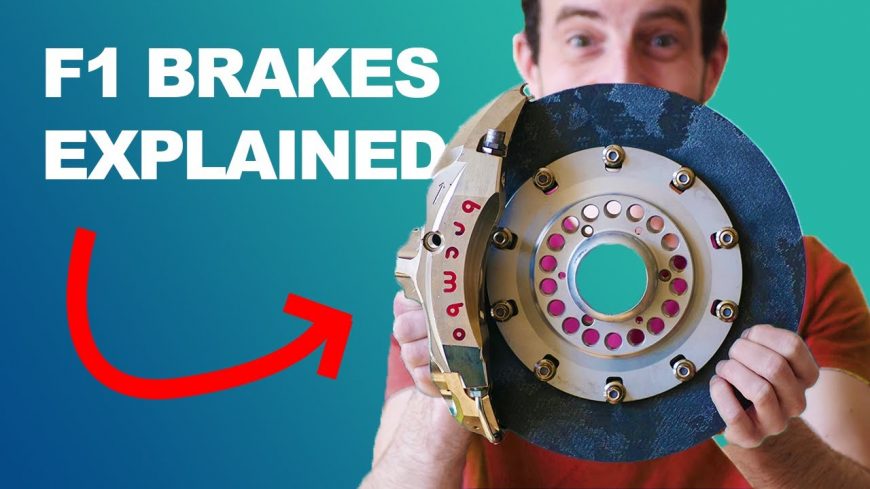 While the task at hand might seem simple, braking systems can be rather complex. Most drivers don’t think too much about it. In common performance applications, the braking system can sometimes even be forgotten about. However, we think that it’s something that should be paid more attention to. After all, going fast isn’t doing much good if you can’t stop on the other end of it all. In fact, not stopping could have dire consequences.

With that in mind, when considering the brakes, there is a lot to think about. Sure, they might seem simple, in theory. All they have to do is make sure that the car in question is going to come to a stop. With F1 cars, the brakes onboard are stopping an incredibly lightweight platform. Easy, right?

Well, the fact that an F1 car can travel at 200 mph miles per hour is where things get rather complicated. It doesn’t take an engineer to figure that one out.

Anyone who has ever watched an F1 race knows that these cars need to stop frequently. Not only are the drivers pounding on the brakes all the time but they are taking their cars from these high speeds to incredibly low speeds in the matter of just seconds. Meanwhile, their brakes are taking a beating for an extended period of time. This means that not only do they have to stop the car but they have to stay cool while doing it.

By following along with the video below, we get to dive into how exactly this all works. It’s certainly not an easy task to take on. However, engineers with lots of experience seem to have figured out just about the perfect solution for this equation. It’s certainly better them than us figuring this one out. Just thinking about it can make your head hurt!