How Good Could A $11,000 Bentley Continental GT Really Be?

How Good Could A $11,000 Bentley Continental GT Really Be?

I think that it’s safe to say when you consider the purchasing habits of most ...

I think that it’s safe to say when you consider the purchasing habits of most Americans, just about everybody can appreciate a good deal. Being able to escape with a price on your purchase that is a lot lower than what the going rate might be is something that many folks find to be an exciting venture. However, sometimes, you simply have to wonder where the cut off might be. Is there a point where maybe you should turn down the deal that looks too good to be true because, well, maybe it’s exactly what it looks like?

Now, in plenty of situations, this isn’t normally somewhere that you have to think too hard because, in today’s world of shopping, there’s a lot of data out there so that you don’t have to take the risk in many cases. Instead, you can just look up reviews or something of the like.

However, when it comes to picking up a used car, there could potentially be a point where you take a hard look at it and wonder if the juice is worth the squeeze, even if the deal on the surface seems to be one that’s incredible. For example, this time, we take a look at a Bentley Continental GT that has been priced to compete with just about any decent used car that you want to pick out of a line, leading you to believe that maybe this was an insane deal as these cars usually fetch good money, however, when you dig into what’s wrong with this particular example, things might just begin to make a little bit more sense.

If you follow along in the video below, you’ll be able to join in with YouTuber, Tavarish, the guy who has become popular for purchasing the cheapest version of whatever car it is that he could find. This time, he doesn’t claim that this Continental GT is the cheapest of them all but we wouldn’t be shocked to hear that it’s pretty darn close. On the surface, it might look like he is rolling in style but when you take a harder look at this thing a little bit more critically, is that the case or is he going to be left out to dry? 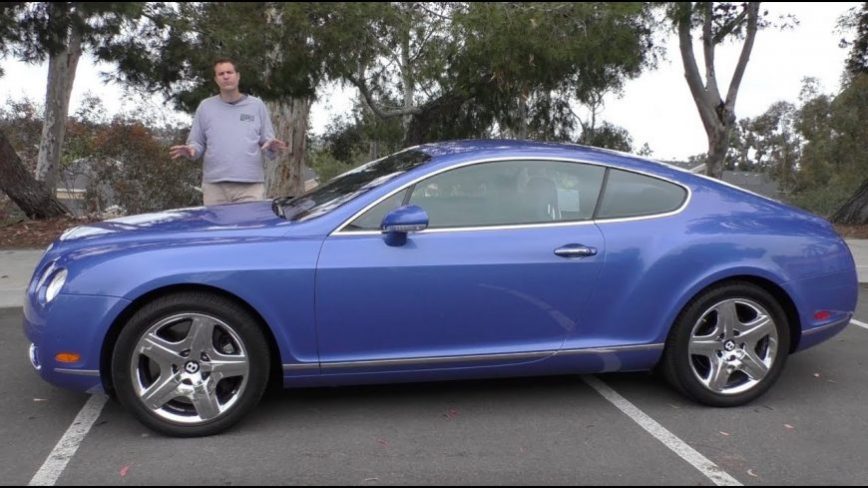