How Good is the BEST Battery Powered Chainsaw? 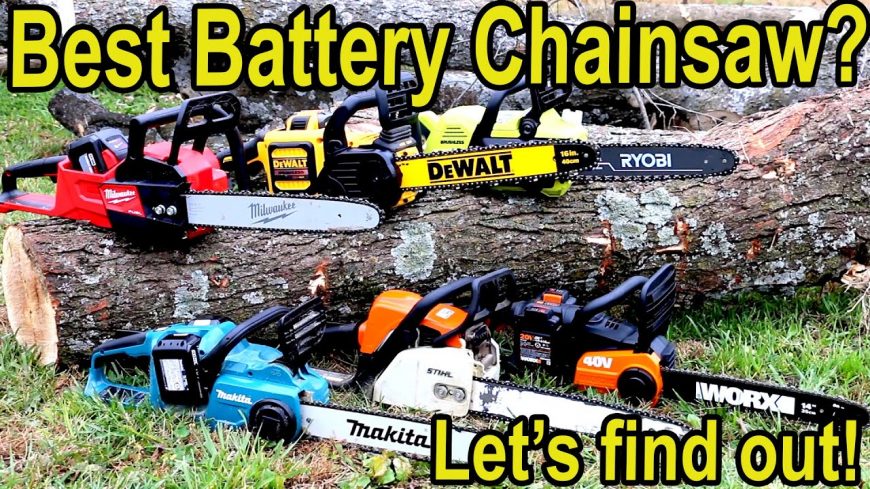 When it comes to something like a chainsaw, just like a variety of other tools, there are a ton of options on the market. Even for those who might have a favorite brand, nowadays, there is even competition that is powered by a different propulsion method. Instead of the good old fashion gasoline-powered chainsaws, these days, there are battery-powered chainsaws to step in and take their place.

This is definitely an area that might be met with a little bit of skepticism. At the end of the day, could a battery-powered chainsaw really be expected to live up to the reputation that has been earned by gasoline-powered chainsaws?

It doesn’t seem as if a battery will be able to step in and fill that role. While that might even be true, it somehow turns out that this is a “Different strokes for different folks” kind of market. While the battery-powered chainsaws might not be good for commercial cutting, Cleaning up around the house could very well be a job expected to be taken on by such battery-powered units.

This time, we get to see all of these chainsaws laid out in front of us. The idea here is to take some of the most popular brands of battery-powered chainsaws, comparing them to one another to see which one ends up being the best of the bunch. Whether or not gasoline or electric power is best for you is another conversation entirely. This time, though, we get to see which one of the battery-powered chainsaws can reign as top dog, if that’s a direction that you want to go in.

By following along with the video below, we get an extensive review of all of these units as they go head to head in comparison to find out who the top dog is!