For mechanically inclined folks, there are a bunch of things that we can’t help ...

For mechanically inclined folks, there are a bunch of things that we can’t help but wonder about but would probably never try.

For example, we would never run an engine without oil but theoretically, if you replace the oil with something else or removed it entirely, how would the car function? How long can a machine possibly go without oil before it ended up breaking down? What if we took the oil out and replaced it with Jell-O?

All wild ideas that most wouldn’t bother to experiment with.

You can kind of see why these things would never be tried out by normal people.

However, on the Garage 54 YouTube channel, we get to try out all that and more. It seems as if the crew behind this channel has big ideas about torture testing just about everything that they can get their hands on. These ideas range in everything from washing a car in the freezing cold to filling up tires with concrete to see how well they would work. Obviously, most of these experiments are going to end with pure disaster. However, watching the journey on the way there to see how it unfolds is really a treat.

This time, the goal is to see just how long a differential can possibly survive without gear oil. At the end of the day, oil is there to lubricate and make sure that things don’t get too hot. Without it, there’s definitely going to be some unwanted friction that will certainly wear down components quickly and will likely heat them up to the point where things start to fail.

All of that is kind of just speculation, though. In order to find out exactly what happens, the video below brings us an inside look at what your differential is going through if you don’t properly lubricate it. After seeing something like this, we think some might just run out to double-check their gear oil. 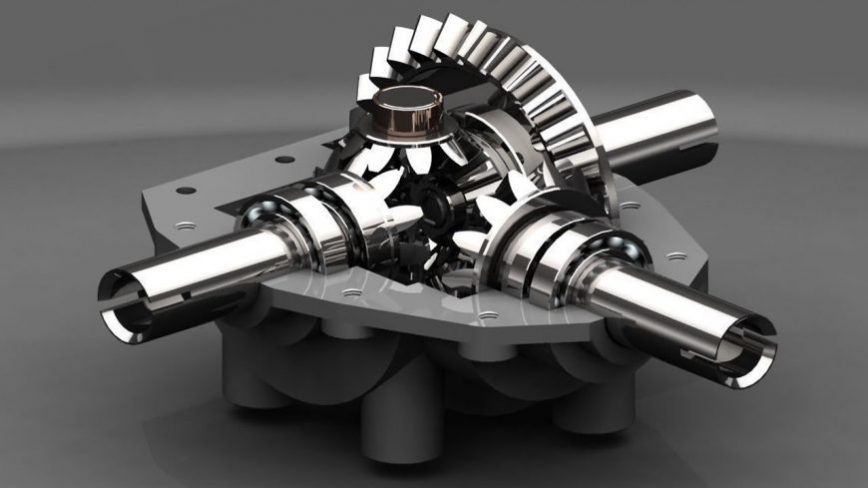