How Not To Launch a Ship – Ship Launch Fail

How Not To Launch a Ship – Ship Launch Fail

If you have ever seen the process through which a larger ship is launched, then you ...

If you have ever seen the process through which a larger ship is launched, then you understand that these situations can seem just a little bit sketchy.

Most of time, however, the end result is satisfactory and the ship generally is on its way once it settles into the water with a big splash.

This time, however, the process doesn’t go so smoothly as this ship is set into the water and almost immediately begins to tip towards the side before going too far and turning completely on its side.

Some bystanders are there to watch as what appears to be a Coast Guard vessel begins taking on water. This is a ship launching catastrophe if we have ever seen one happen.

How Not To Drop An Anchor - THAT Was Intense 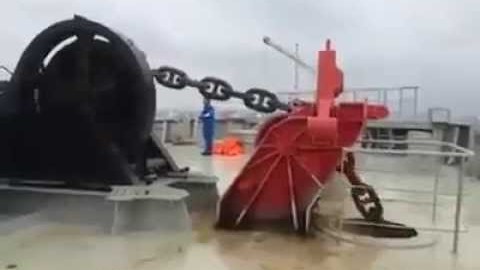