How One Man Saved His Car From a Flood 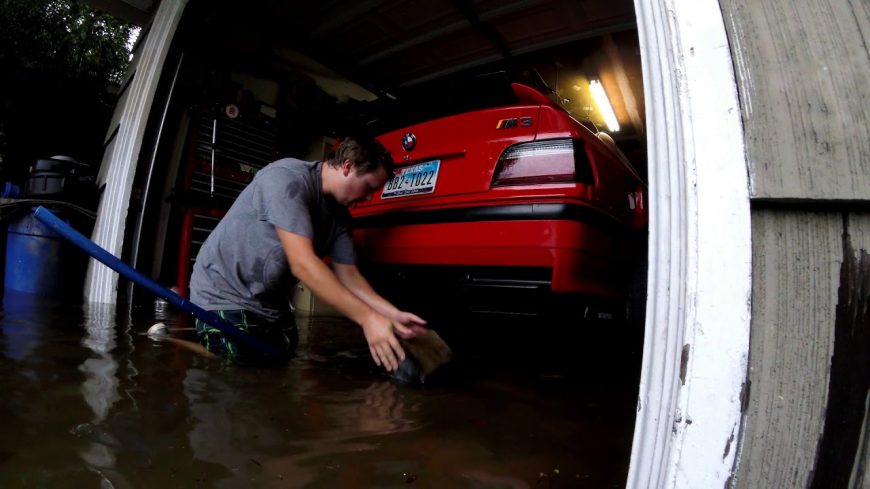 We’ve seen the worst of Hurricane Harvey and the devastating floods it left in the Houston, Texas area. After parking itself atop the city for several days, the storm has finally dissipated and moved out, leaving the community to dry itself out and start the rebuilding process as the waters recede.

There have been countless photos and videos of vehicles left behind that are underwater, many of them having water over the roof, but this guy did everything within his power to keep his cars out of the rising floods, a put it all up on his YouTube channel. He loaded his track car up on the trailer, and it looks to be safe for the most part. His SUV is parked in the driveway but rides high enough to keep all but the wheels out of the water, so there’s not much needed there. However, there is the red BMW in the garage that is his primary concern. With little more to work with than a floor jack and some jack stands, this guy managed to lift his gorgeous M3 to the very top of the jack stands’ travel, leaving his car a couple of feet above the garage floor. The waters continue to rise, though, so he decides to take things to another level, literally and figuratively, to try to save his car from the flood.

He grabs the jack and some blocks and sets about lifting the jack stands themselves off the ground, inserting four concrete blocks under each jack stand, adding quite a bit more height to the red M3’s makeshift lift. Luckily, the water only rises a few more inches, and although it did come up to the car’s tires, they were the only part of the car to come in contact with the precipitation.

We know there are far bigger concerns associated with Harvey and the damage left in its wake, but for some, protecting their belongings was the top priority. This guy did whatever it took, and it just happened to be enough, thankfully. He may have lost his home, but at least he still has his cars.