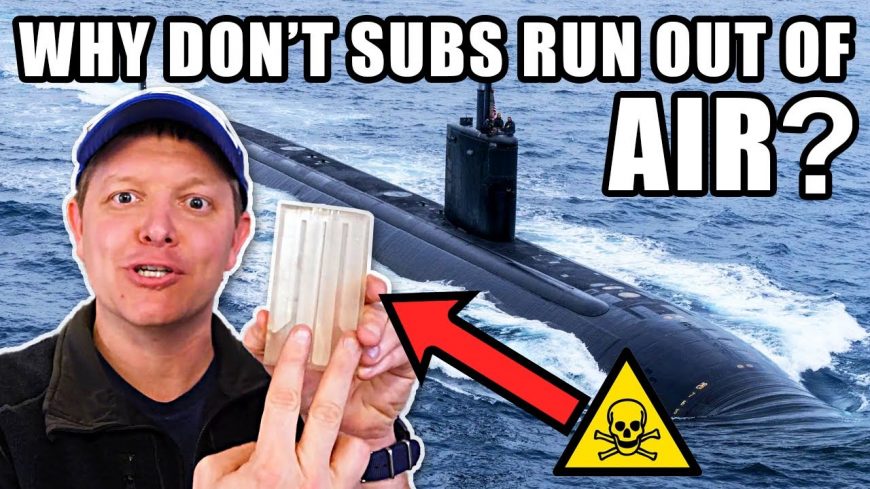 When it comes to a submarine, unless someone has an engineering background, it’s kind of hard to wrap our heads around some of the concepts that make them work. At the end of the day, it has to be quite the effort to design something like this that’s able to survive under the surface of the water for an extended period of time.

One of the things that many might fail to be able to figure out is how exactly the crew manages to breathe that entire time. At the end of the day, there’s only so much oxygen onboard a sealed vessel. This would lead us to believe that somebody would have to come up and grab fresh oxygen every once in a while to keep the people on board alive. With such a big crew, though, we’d think that coming up for air all the time almost seems like something that would kind of defeat the purpose of such a vessel.

This time, thanks to the SmarterEveryDay YouTube channel, we get to dive into exactly how this process works. At the end of the day, a lot of submarines can’t even come up for air if the person in control wants them to. Therefore, there has to be a system in place in order for oxygen to be created and carbon dioxide to be removed. Otherwise, it would just be a matter of time before the entire crew onboard ended up dead.

Luckily, though, some folks who are way smarter than us managed to figure out a way to keep everybody onboard safe. Down in the video below, we check in with a detailed breakdown of how exactly nuclear submarines are able to make oxygen to better serve their purpose, staying under the surface of the water for as long as they possibly can.