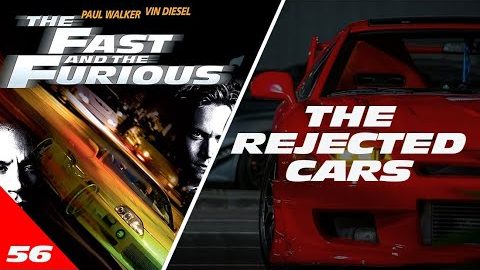 It’s pretty much not up for debate that the Fast and Furious franchise has gotten as massive as it has in big part due to the automotive selection. This is especially notable in the early movies that really got the franchise off of the ground. Who didn’t love the Charger vs Supra battle? Even though the original was built on a shoestring budget, the franchise really managed to nail downcasting for these films.

The later films would have some awesome cars as well but we consider those cheating just because of the unlimited budget. After all, the franchise has put together enough success to the point where these folks are basically printing out money at this point.

However, back in the day of the original film, cars had to be selected with many more considerations in mind. Not only was a budget to be considered but the capabilities of certain vehicles and how they applied to the automotive scene at the time were also paramount.

This time, we join in with the YouTube channel of one Craig Lieberman, the man responsible for these selections as he spills the beans on how exactly they picked out these cars. At the end of the day, some of the cars that he has brought up in his videos certainly would have changed the outcome of how we perceive the film. At one point, he even mentioned putting Dominic Toretto, as played by Vin Diesel behind the wheel of a Honda Civic instead of his RX-7. Just imagine how anti-climactic that would’ve been!

The video below lays out the automotive casting process and gives us an idea of how differently things could’ve looked when the movie finally hit the screen. At the end of the day, peeking behind the scenes like this makes us incredibly grateful that the movies ended up coming out the way that they did.

« Kid Rides Couch Down Crowded Highway, Where Are His Parents!?