How to Build a Chevelle in a Day

How to Build a Chevelle in a Day

We aren’t sure if anybody else out there has tried building a car in a day, but the ...

We aren’t sure if anybody else out there has tried building a car in a day, but the awesome guys over at Hot Rod Unlimited decided to give it a try. While they started with a pretty solid car, this Chevelle needed some love, and overhauling it from top to bottom in a single day would be a monumental task.

They started with swapping wheels since the rolling stock on the car when they bought it was actually rubbing on the brakes, which made the car almost impassive to move. This allowed them to get the car into position so they could get it on the lift and get to work restoring the rest of the car.

Next up, the guys dive right under the hood, where they swap out the intake for a blower that will certainly give the car considerably more oomph when the driver stomps on the loud pedal. This swap was fairly straight forward, requiring little more than a few bolts to be loosened, then tightened when the blower was dropped into place.

From the engine, the Hot Rod Unlimited guys headed under the car to tweak the suspension, which rode awfully high in the as-purchased condition. The guys knocked out as many of the old parts as possible and swapped in the parts to drop the car quite a ways, giving it a great looking aggressive stance that perfectly complements the massive blower sticking out of the hood. This point in the process is also where the guys decided to swap the car to it’s permanent rolling stock, a set of “bullet hole” style wheels that feature a custom shop-sprayed special paint job that matches the car’s black hue.

Finally, the time comes to fire the car up and check everything out. Besides a mishap with the oil filter, the car runs and sounds awesome, proving that it is possible to dump some new parts, and a little love and elbow grease, into a car and bring it back to life in a single day. 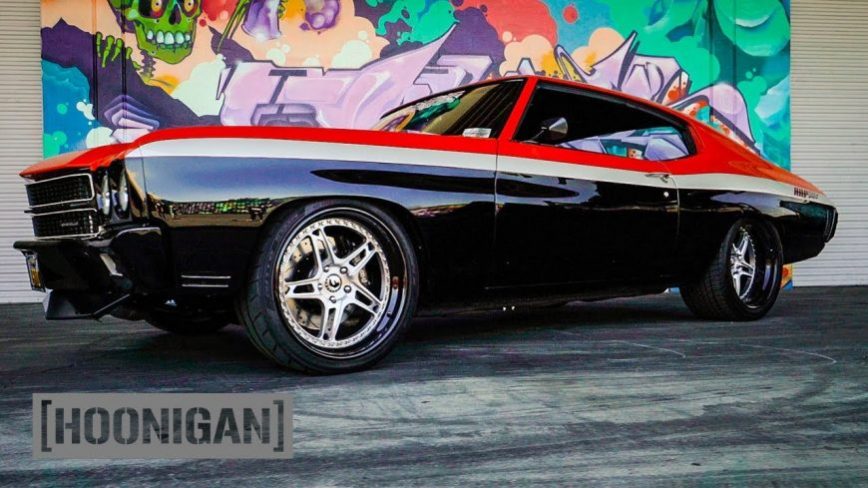