How to build your own 200mph Supercar; at home in your spare time 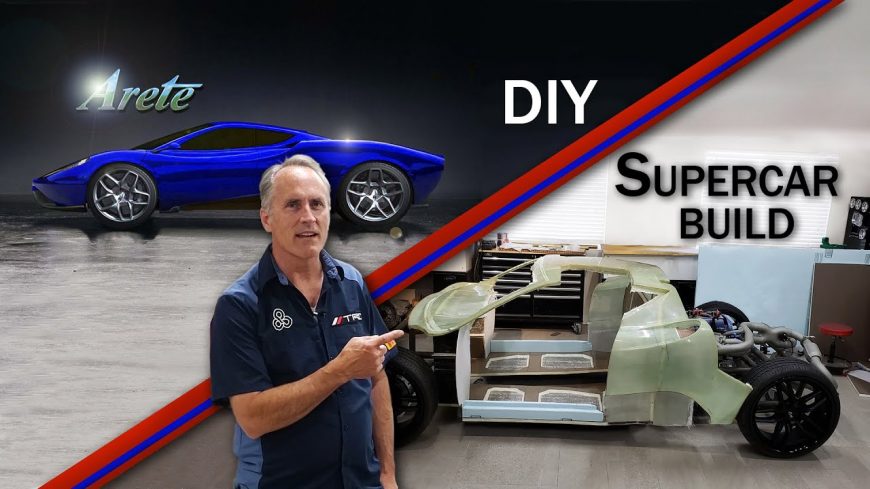 There are definitely different levels of craftsmanship and people who will go to far lengths to build exactly what they want. For some, this might mean something simple like welding on some sort of flange. For others, though, it means going all the way, creating something from scratch and having a vehicle that’s entirely new and unique.

When it comes to the story of the Arete GT 200 mph supercar, that’s precisely what we get. The creator behind this one clearly decided that he wanted something all his own and didn’t find anything on the market that really matched that. Therefore, from the ground up, almost every component of this car has been custom crafted in order to build a machine that is sure to draw a couple of eyes. We aren’t talking about a kit car, either.

When we say that the car was built from the ground up, that means everything from molds to create body parts, all the way to a custom suspension, and even an exhaust and muffler system were built entirely from scratch. One of the only things that was created by somebody else would be the twin turbo 1JZ-GTE that was rebuilt specifically for the purpose of this car.

When all was said and done, the project has been constructed over the span of 1500 hours. In other words, if the creator behind it was working on it as if it were a full-time job, the process took nine months to complete. Below, we get to dive into the nuances that it takes to build a supercar from the ground up in your own personal garage. This is definitely not a process that is for everybody. At the end of the day, there are very few people who can create everything from a body to an exhaust and everything in between. However, watching it all come together is magic for any gearhead that has the time to watch.