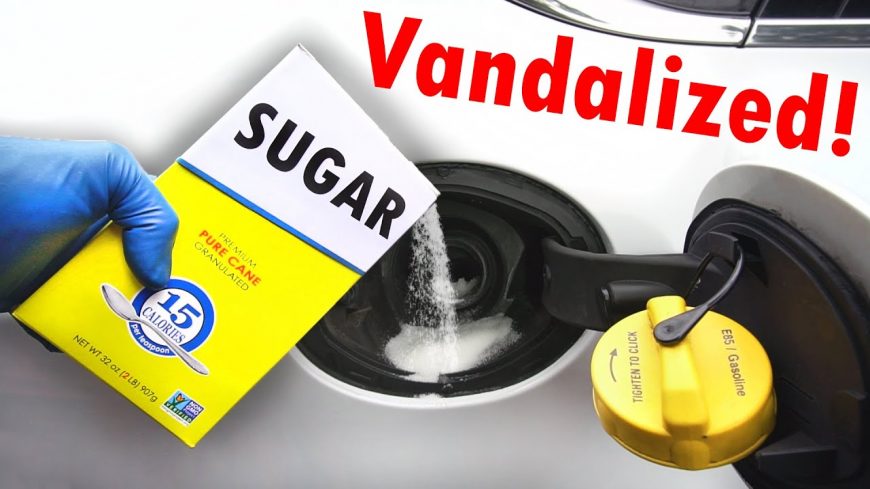 Over the course of time, every car is going to need to have some work done here and there. The extent of work that needs to be done is going to depend on how well said vehicle is maintained along with a little bit of luck. The truth of the matter is that anything could really happen at any time.

Outside of the natural order of things, though, a vandal might step into really speed up that need for some additional maintenance.

In a tale that’s as old as cars themselves, we’re told that putting sugar in the gas tank of a vehicle could stand to lock up the engine. However, thanks to YouTube, we watch as this folklore has proven to maybe not be so true.

At the end of the day, sugar in the gas tank might not lock up an engine but it will still do its fair share of damage. Perhaps additions like a locking gas cap might be a good way to help out against that crazy ex of yours.

This time, though, ChrisFix takes us along for the journey to show us how exactly one may remedy such a situation. While the sugar in question might not lock up the engine, it’s still going to create a mess that needs to be cleaned up. After a while, the sticky gunk hanging out in your gas tank and fuel lines will deteriorate them over time. In that case, the aforementioned catastrophic destruction might actually unfold.

By following along with the video below, we get this step-by-step guide on how to clean out an entire fuel system. Nobody wants to deal with the destruction of a vandal. However, it doesn’t have to be as difficult or as expensive as you might think to clean it all up.