Coolest Cop Ever Lets Street Racer Off With Warning! 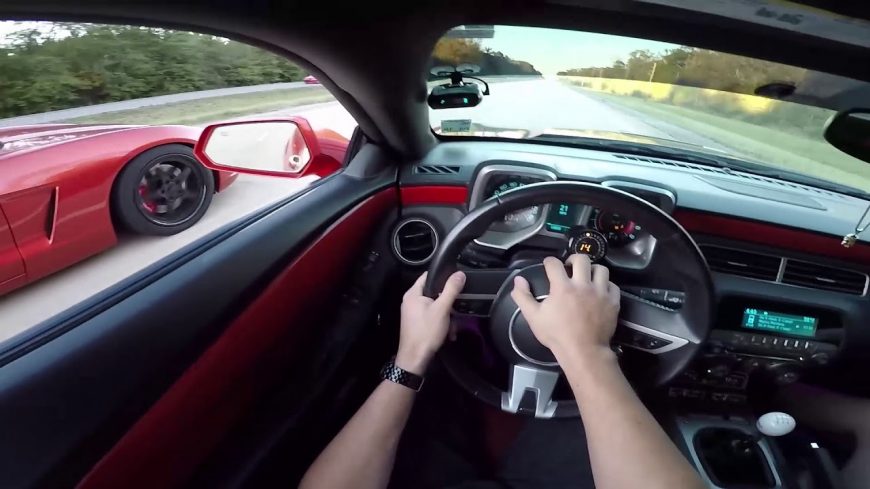 When it comes to street racing, this kind of motorsport competition is definitely a fan favorite, however, when someone chooses to partake, pretty much every time they have a full knowledge of how illegal the act is. No matter what you do to try and justify it, or how cool your friends think it is, it’s definitely something that’s against the law and you should be ready for the consequences to unfold if it’s ever something that you’re considering being a part of. However, it’s definitely an act that we would advise you not to try at home, either.

This time, we catch up with the owner of a newer Chevrolet Camaro who decided to go out have a little bit of fun with the owner of a sixth generation Chevrolet Corvette. However, this little series of fooling around in the streets wouldn’t go off without a hitch. After the couple of drivers ended up doing a few pulls, they would later be confronted by the authorities. The entire thing was captured one camera by the owner of the Camaro and luckily for him, it turns out that the police officer who was responsible for making sure that everything was in line here decided not to act too harshly.

If you follow along in the video below, you’ll be able to see everything from the race all the way to the time when this driver got pulled over and how he learned his lesson here. At the end of the day, this young man probably would have preferred to completely avoid police confrontation but, I think that the take away at the end of this is that this is one incredibly lucky individual, to say the least. This is a also situation that shows you that maybe if you’re cooperative with the police officer in situations like this, it could end up taking you really far.

« The Final Days Of Stevie Fast’s “Shadow” – Inside The Crash