Cinema Sins Recaps Everything Wrong With “Gone in 60 Seconds” 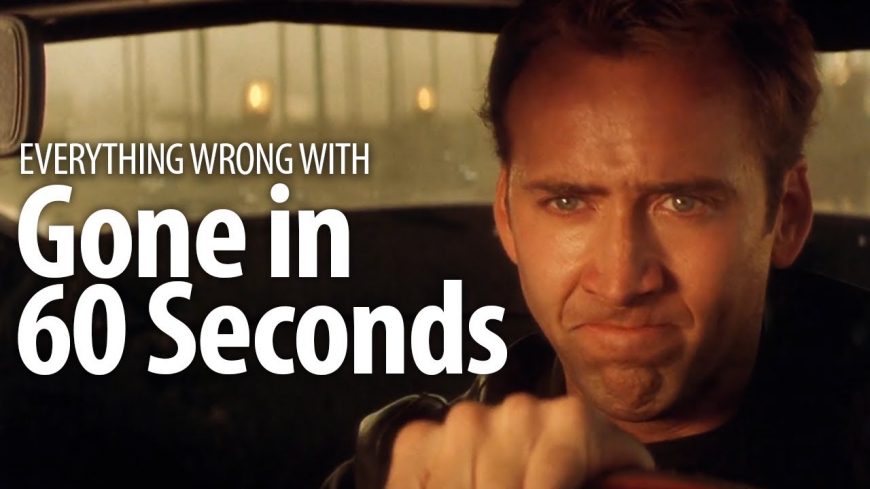 When it comes to entertainment, it’s always cool to see the automotive community reflected in movies. Just like any other Hollywood production, though, these movies can’t exactly replicate real life. There has to be some sort of Hollywood magic sprinkled in the mix. Otherwise, it wouldn’t be a movie, now would it?

Sometimes, this stretching of the truth is more egregious than other times. There are instances that our minds can block out as being a bit of movie magic and others that just stand out too much. When combining both of these phenomena together, we find Cinema Sins. Essentially, the channel strives to count cliches within movies or areas where reality might’ve been stretched a bit too far. At the end of the day, the YouTube channel does get a little bit nitpicky. We still think it’s interesting to pick up on details that we’ve never noticed before, though!

In the world of automotive movies, it’s difficult to have a conversation about the best without bringing up Gone in 60 Seconds. Released in the year 2000, the flick has become a cornerstone in automotive entertainment. It seems to be one of those productions that most gearheads have seen more than once. Some might even admit that they have the lines memorized as they’ve followed the adventure on a variety of occasions.

This time, Cinema Sins takes the time to really break down the movie. What are some of the little tricks and exaggerations that they might’ve taken on in order to make movie magic?

After watching this one, do you agree with the sins presented here? All in all, we think that most would agree that the movie has become a classic. However, it might’ve snuck in just a couple of tricks to make things flow just a bit more smoothly.