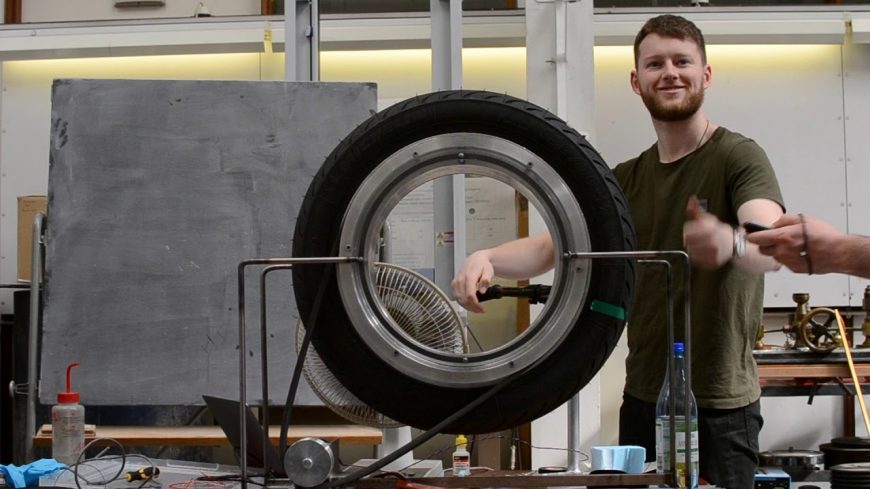 One of the things that we can’t help but love about gearheads is that we’re always moving forward. No matter what the component at hand, someone is trying to make it just a little bit better. With this sort of mindset, we have all sorts of exciting developments in technology coming at us with a full head of steam. Even though there is a saying that discourages people from reinventing the wheel, we see folks that are even doing that.

Right now, obviously, wheels spin from a central point. However, there are those out there who are taking aim at developing a hubless wheel. Instead of revolving with an axle planted in the center, it will revolve on some sort of a track. This is really something that’s a lot easier to learn about visually than it is to explain.

While the concept might seem a little bit foreign to most, it’s actually been tinkered around with in some corners of the automotive world. Most notably, motorcycle enthusiasts have played with the concept in custom creations of their own. We don’t necessarily think that it’s going to be a common phenomenon anytime soon. However, it’s the technology that’s interesting to take a look into. Even if it doesn’t end up taking off in a mainstream sort of way, it could end up sparking some sort of other ideas that lead to innovation in another way.

But following along with the video below, we really get the inside line on the hubless wheel. This particular example is belt driven and appears to rotate on some sort of bearing system. With technology like this, who really knows where the future of the wheel is heading? For now, we’re just enjoying wrapping our minds around how exactly this one was synthesized.

Do you think that the wheel is good as is or should we keep striving for better? – Jonathan bayliss