Imagine hanging out on the beach, trying to get in a relaxing day of listening to the ...

Imagine hanging out on the beach, trying to get in a relaxing day of listening to the waves crash on the shore and feeling the sand in between your toes, when, seemingly out of nowhere, comes a giant ship that looks like something that aliens would be wielding if they were to invade earth.

This time, the scene of the action comes to us from Russia when a whole collection of vacationers, on what seems to be a popular beach, experience such a phenomenon first hand and it’s enough to terrify just about anybody as the amphibious landing craft runs aground on the sandy shore.

The entire thing was captured on video as the menacing looking craft made its way toward the shoreline and people began to scatter. I can’t really say that I blame them much for wanting to get out of dodge when something that massive had its sights set on them! It kind of makes you want to know what was going through their heads during a time like this.

Check out the video down below that shows off the action and be sure to tell us what you would do if you found yourself up against the wall with a craft like this bearing down on you. Most people have probably never even seen anything like this before let alone seen one up that close.

US Navy Submarine Surfaces in the Arctic Ocean, Looks Cold! 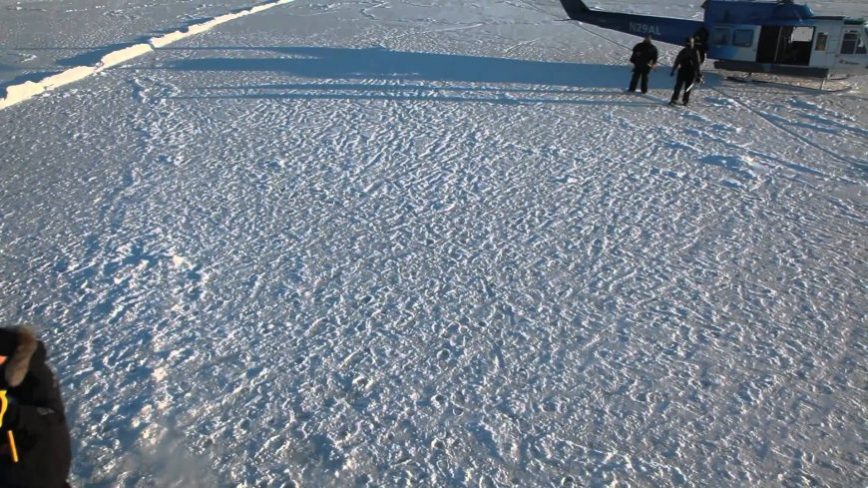