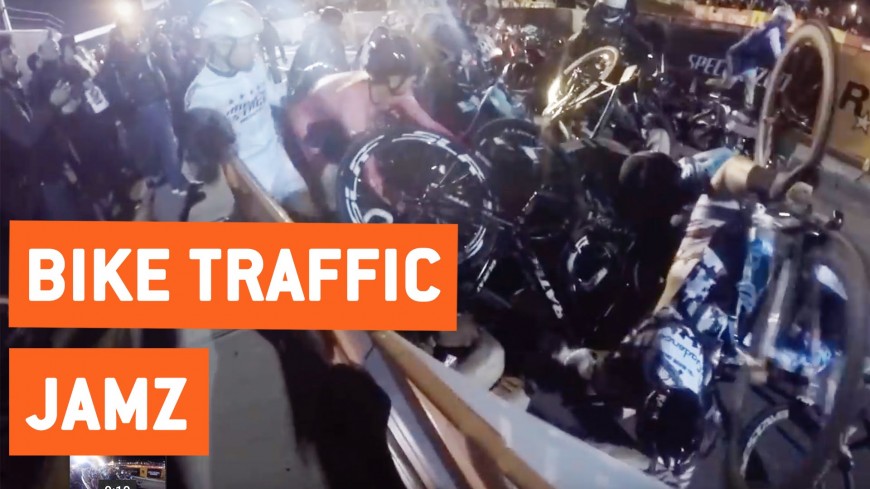 You hate to see them go down, but for some reason, you just can’t stop watching situations like these where the ship is quickly approaching the iceberg and about to go down!

In this bicycle race, things get off to a rough start when a security motorcycle has problems with the clutch, disallowing the driver to get off of the racing surface.

Normally, it probably wouldn’t be too big of an issue, but in this scene, there’s a huge pack of bicyclists cruising in the direction of the security bike and it’s already a narrow track to begin with.

We watch as a heaping handful of bicycles all fall into the chaos after a single bike is unable to make it past the motorcycle. This one gets ugly in a hurry!