As we have seen lately with all of these hurricanes that are wreaking havoc on ...

As we have seen lately with all of these hurricanes that are wreaking havoc on various locations around the world, mother nature can really cause a stir when she wants to. Whether it be wind, precipitation, or something else, you could be looking at one region or area one moment and the next moment, it could completely change forever. This time, the form of destruction just so happens to be a flash flood and if you have never been terrified by water before, then this video might be the first for that. After laying eyes on this one, I have to admit that I got a little bit of a jitter inside at the very thought of what’s going on in this clip.

In the sequence, it appears to be happening in Brazil, as we watch when a flood comes around the corner, pretty much unleashing what seems to be an unlimited amount of water and the people who were on the job site right around the bend from it are left to do everything that they can to attempt and save whatever they can in just a couple of seconds. Personally, I’d say that a lot of these guys are probably much braver than I am because, in a situation like this, the only thing that I would be focusing on would be how I was going to get out of there! Saving equipment would be about the last thing that was on my mind.

The video below shows exactly how something as simple as water can be unleashed in a way that’s pretty much pure violence. After watching this one, you’ll have an all-new appreciation for exactly what nature is able to accomplish if it should have the will to. If there’s one thing that you don’t want to do, it’s getting in the way of something like this, if you can at all help it. These guys probably didn’t have much of a choice but hopefully, they all were able to get out of Dodge before that massive stream of water came and swept them away. 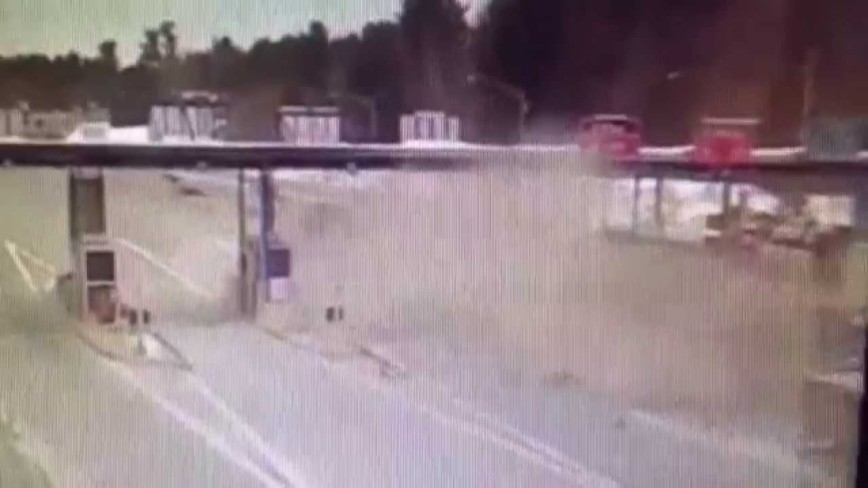