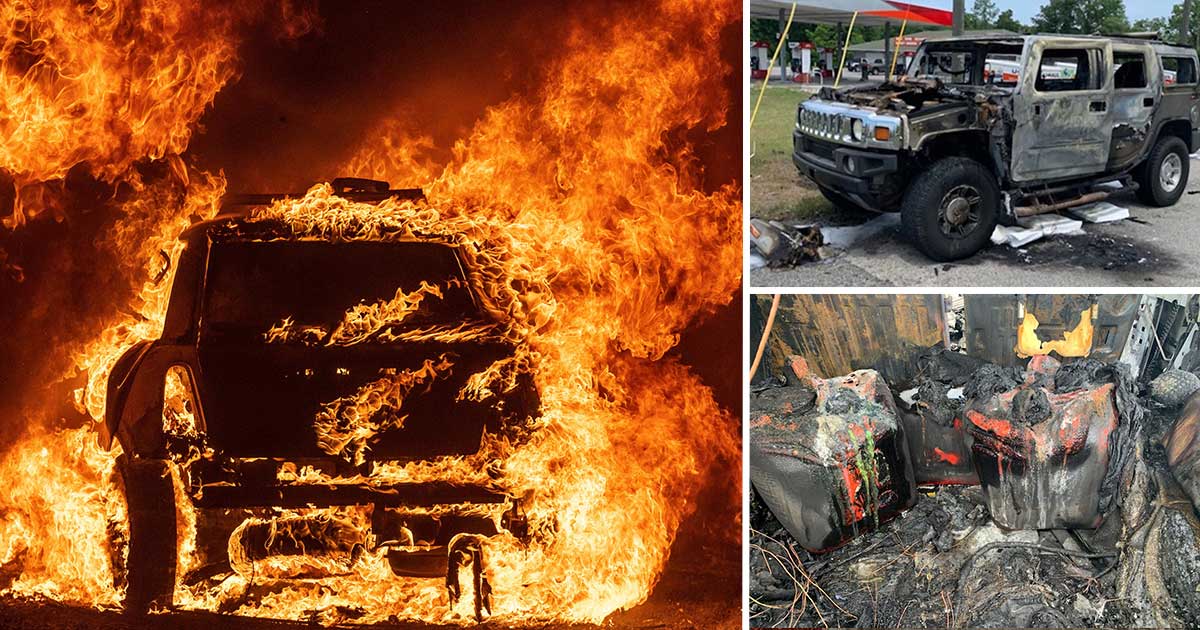 In the most recent headline news, we have watched as Americans have panicked to figure out where to buy gas following a cyberattack on the Colonial Pipeline.

However, the reality of the matter is that most of the country should not be impacted by the recent shut down of the pipeline and the areas that have been impacted should be back online shortly. However, that hasn’t stopped people from freaking out and thinking that the sky is about the fall. With that, we would see many heading to the local station to fill up everything from storage containers to garbage bags with fuel just in case the end of the world is coming. At one point it even got so bad that the government had to step in and warn everyone not to fill plastic bags with fuel. Yes, really.

Do not fill plastic bags with gasoline.

Apparently, one Hummer H2 owner decided to head to the pumps in the midst of the frenzy and grab some gas. The drive did appear to have proper containers for the fuel but that simply didn’t make a difference in this particular situation as things got hot in a hurry. Reports say that the driver filled up four 5-gallon containers with fuel and went on his way.

Not long after, the vehicle would go up in flames. We’re not told what the official cause of the fire was as it’s still under investigation but we’re sure that having a stockpile of gasoline onboard certainly didn’t help the situation.

Officials do say that one person in the vehicle was injured but refused transport to a medical center.’