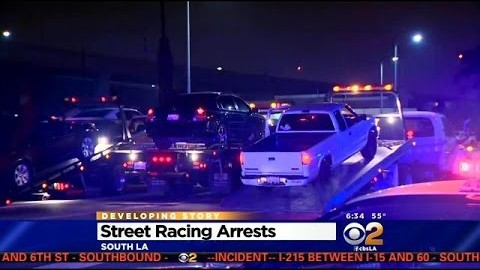 Most people have been around street racing in some capacity. Whether they are participants, spectators, or simply have seen the consequences on the news, we all know that there are some pretty hefty consequences to partaking in such events.

This time, the Los Angeles police came down and came down hard on street racers by issuing over 200 citations and arresting 44 people while 54 vehicles were towed away on the spot according to KTLA.

Check out the video below that shows the police moving in on this car meet and boxing in the racers to put the night to a stop. According to the police, they knew about this event for over a week! What do you think of this Los Angeles bust?