If You Suck at Backing Up a Trailer, This is the Boat for You

If You Suck at Backing Up a Trailer, This is the Boat for You

As someone who has definitely spent their fair share of time behind the wheel of a ...

As someone who has definitely spent their fair share of time behind the wheel of a truck trying to back up a trailer, I can definitely admit that it’s a lot easier said than done. Sure, when looking at it from the outside, it might look like something that probably isn’t all that difficult but when you’re actually in the midst of doing it, figuring out a way to coordinate going in reverse while changing up directions and figuring out how the trailer is going to react can be a little bit more complicated than it might seem. When you get behind the wheel of a truck and try it out yourself, you’ll see exactly what we’re talking about.

Now, for most people, it’s definitely something that you could probably figure out how to do with enough practice. Just like anything else of this nature, practice really does make perfect, in most cases. However, if you don’t care to try it out yourself and want to make your time at the boat ramp a little bit easier, foregoing all of the potentially embarrassing situations that you might get yourself into when not being able to back up a trailer, a little contraption like this might just help out to make your time with getting your boat in and out of the water a little bit simpler.

As we see the video here, it looks like somebody has created an external set of wheels that you can attached to your boat and, when motorized as they were designed to be, it looks like they really can help you to get said boat on and off of your trailer by driving it on dry land instead of adding that other extra factor of attempting to get it on the trailer in the water, something that again, is a lot easier said than done. After laying your eyes on something like this, be sure to tell us if you think this could be the next big thing or instead, if it’s a gimmick that might work for a couple of people but will never be seen as a widespread innovation.

Sea Ray SLX 400 is the King of Hidden Gadgets 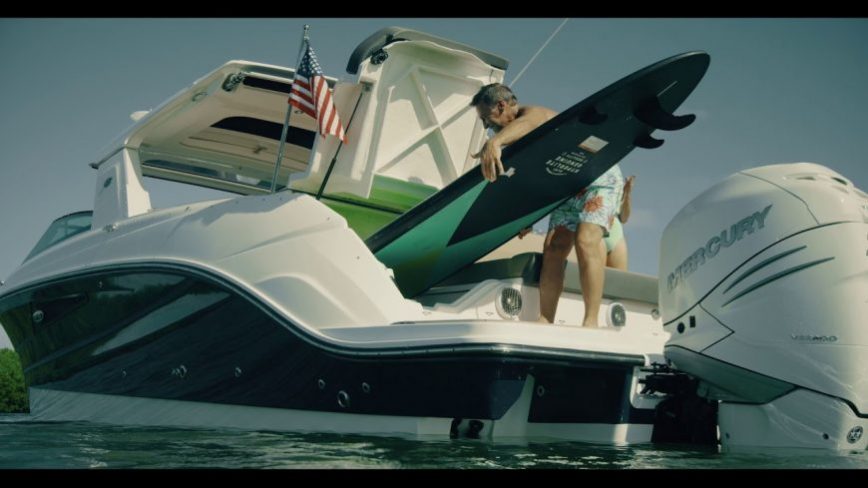