If Your Gas Needle is on “E,” How Much Longer Do You REALLY Have to Drive?

If Your Gas Needle is on “E,” How Much Longer Do You REALLY Have to Drive?

If you have a late model or new car, there’s a good chance that it probably has ...

If you have a late model or new car, there’s a good chance that it probably has a good amount of information available at your fingertips, including how much mileage you have before you’re going to run out of gas. While this could be a useful tool, sometimes, it can really push your buttons as you test the limits to see exactly how far you can stretch that fuel before you do, in fact, run out of gasoline entirely. Different folks have different opinions on the matter of how long it’ll last but I would tend to think that it varies between vehicles.

This time, we actually put it to the test to see exactly how far an Audi can be pushed when the fuel calculation system tells you that you have no time left and that you’re going to need to fill up immediately to continue driving. It might seem pretty dangerous but curiosity has been killing us and I’m pretty sure that it’s probably been killing other drivers as well who have been left to wonder exactly how far they can push their machines before they do run out of fuel entirely. You should probably be careful with something like this, though, because it could give you a false sense of confidence that might end up getting you nice and stuck!

Follow along in the video below as this vehicle ends up going a lot further than we had originally anticipated that it would as the mileage keeps on ticking up further and further. After watching this video, be sure to tell us about your experience with testing out the limits of how far your set of wheels has been able to go once the gas light comes on. We wouldn’t necessarily recommend trying something like this out for yourself but if you already did manage to run yourself out of gas, there’s no harm in telling the story about how it all went down.

How Did This Man Manage to Get His Truck Stuck at a Gas Pump? Saved By The Cops! 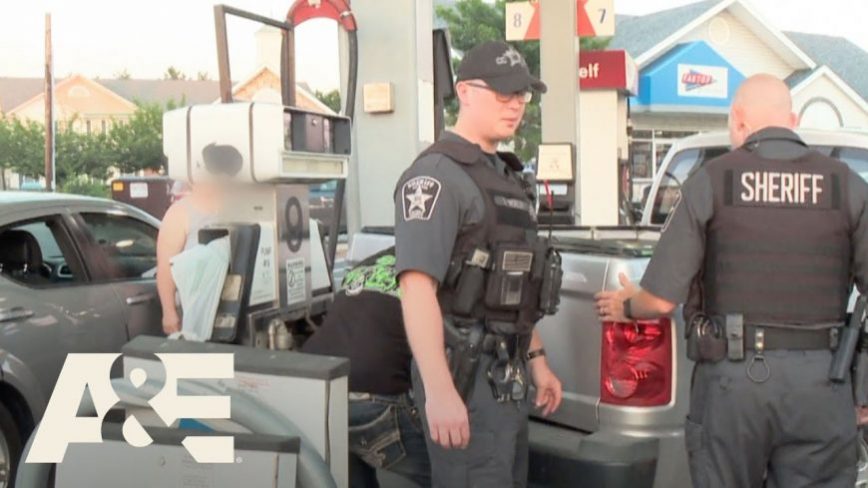