If You’ve Ever Wanted to Make Boating an Extreme Sport, This One is For You 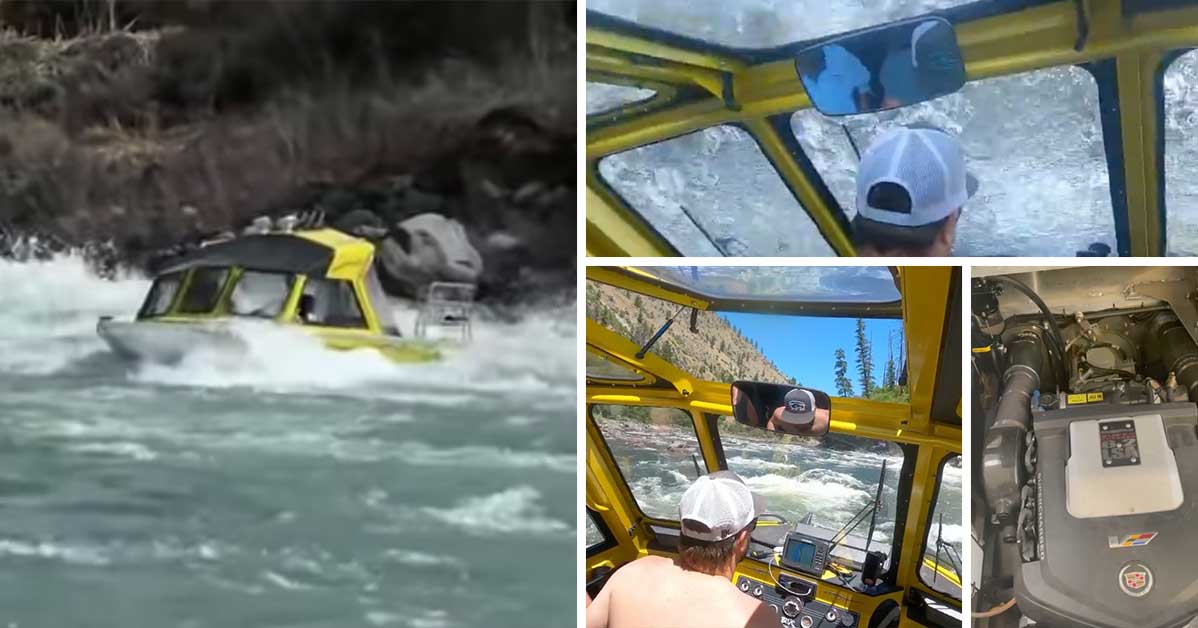 Have you ever taken a look at that relaxing day on the water and wondered “What if I could turn this into an extreme sport?

As it turns out, there are lots of folks who have done just that. Through a little corner of the boating world where folks are building jet boats, we’re essentially seeing machines that have been built to go wide open and endure some pretty intense situations.

One individual with the Instagram handle @z_barnes427 has recently found some viral fame with his insane jet boat.

The machine that has been seen ripping up and down white water rapids is powered by none other than a supercharged LSA very similar to what one would find in something like a second-generation Cadillac CTS-V.

In the video below, we check out the vessel as it does a number on a spot named Vinegar Creek. Unlike a traditional boat where the driver will just sit back and relax, maybe touching the steering wheel every once in a while to make sure things are going straight, jet boating is more of an action sport than anything.

One of the cool things about a vessel like this is that it doesn’t seem like there’s all that much worry about how shallow the water might be. Instead, this thing has been set up to take a beating more so than your average boat.

Down in the video below, we check in with a cool, calm, and collected captain who is seen blasting through even more whitewater rapids. If this doesn’t look like a great time, we’re not sure what does!

« Murder Nova Comes Out Swinging at Georgia No Prep Kings