Street Race in a Tunnel Turns into Violent Crash! 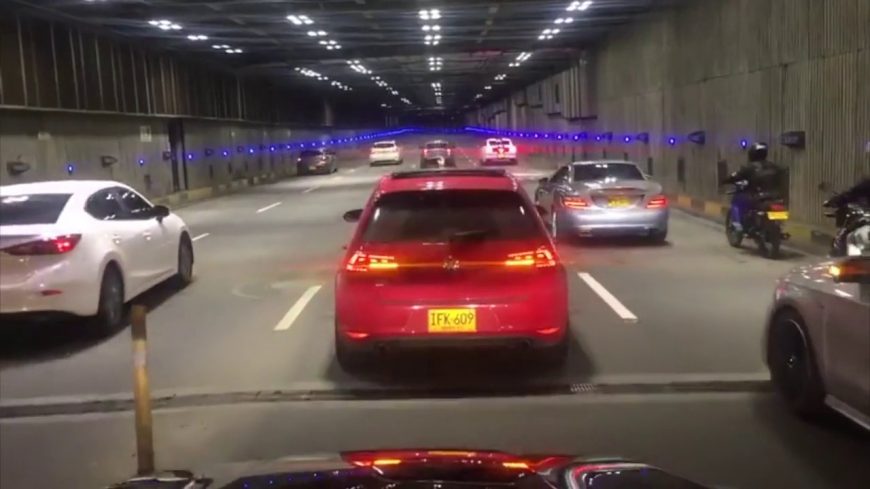 When you take a look at a video like this, there are so many things that pop out at you and it’s kind of difficult to figure out where exactly you want to start with breaking it all down in your head. However, I guess that I’ll give it a crack and see what comes of it all.

When we get the chance to be put on the scene of this street race, things are a little bit unorthodox as a group of not two but four or more racers, depending on which of these cars you include in your count, decides to go at it in a tunnel, stopping all of the traffic before plowing down into the gas pedal and getting on with their race.

Outside of the fact that they’re holding the race in the tunnel, this doesn’t seem all that crazy to us at this point. Yeah, street racing is illegal but it happens, thus not giving the situation much differentiation from any other situation. However, when you throw twists and turns into the mix and drivers who aren’t exactly prepared to handle them along with cars that match their drivers’ lack of abilities, things do get a little bit volatile.

We watch down below as someone films the action from behind when these cars go flying through a tunnel and one of the racers flips on their side, slamming into a wall and coming to a halt after plowing into a divider in this massive crash. Be sure to check out the video below and give us your lowdown on exactly what your take is on a situation like this one.

« Is This The Worlds First Unsinkable Boat?