It’s certainly no secret that drifting is motorsport dominated primarily by ...

It’s certainly no secret that drifting is motorsport dominated primarily by cars of Japanese descent. That’s where the competition originated so it’s not hard to see where the influence comes from. These vehicles of short wheelbase tend to act better while sliding sideways. Every once in a while, we see a late-model domestic car or two thrown in the mix to spice things up just a little bit. However, it’s very rare that we see a combination like this come to life in the drifting world. Now that we have, it’s something that we can’t take our eyes off of. We think that our fans will fall in love with this machine as well.

Not only is drifting an old-school muscle car like a Dodge Charger a little bit awkward with its super large wheelbase but it’s probably also pretty expensive. As one could imagine, sliding sideways comes with its fair share of bumps and bruises. Sliding a vehicle like Alexandre Claudin’s 1968 Charger into a wall isn’t going to be an easy recovery. It’s not like the body panels on this car are all that easy to come by, after all. When we throw all of these factors together, it really makes this display something unique and a ton of fun to watch.

Down in the video below, we get to watch quite the experience unfold. As if the drift machine itself wasn’t enough, the presentation here really sends it over the top. We watch as this one is presented something like an arcade game. The editing here draws us in and has us wanting every last drop of this old school machine. It’s an absolute pleasure to watch the American classic slides sideways and throws some smoke in the air. The massive muscle machine makes Devil Mountain look like a piece of cake! 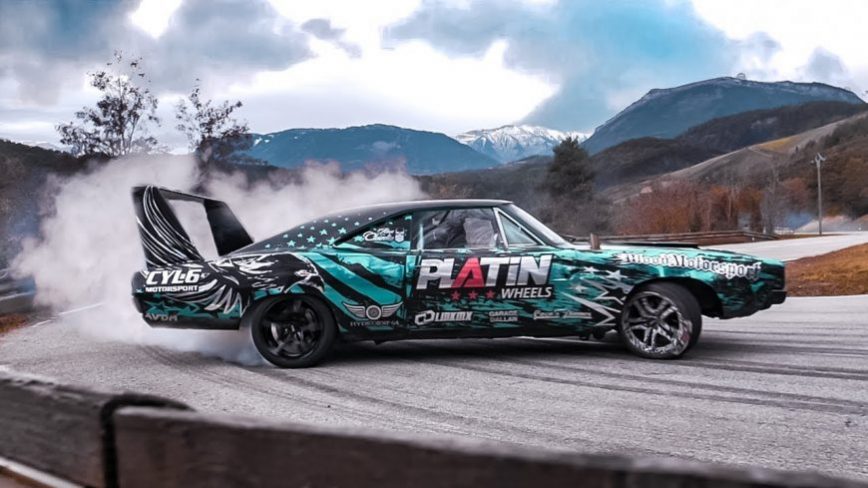