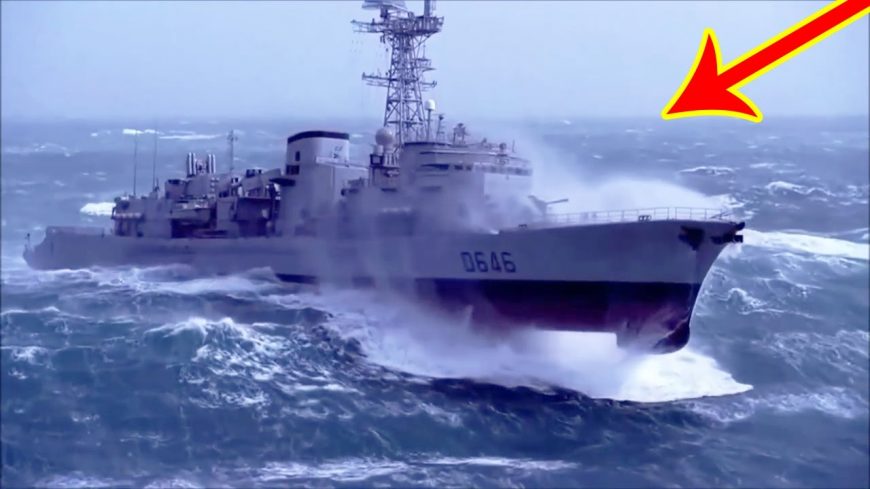 Disclaimer: The music choice for this video doesn’t really match what you’re watching. Personally, I would go ahead and have Debussy’s La Mer playing in the background while this clip – muted, obviously – rolls.

The footage itself is intense enough to give even those with the strongest of seafaring constitutions a bit of wobble in their knees, seeing these massive waves wash over the bow of this American warship. While the ship doesn’t seem to be phased by the supersized swell, we have to assume the bilge pumps are working overtime to remove the thousands of pounds of excess water thats being picked up with each crest and trough and subsequent nosedive. A couple of these, I honestly expected the ship to simply submerge and vanish below the pounding waves, but each time, it powers right through without issue.

This is a testament to the amazing strength and design of the vessels protecting our shores and the courage of those aboard to face these rolling seas without hesitation.