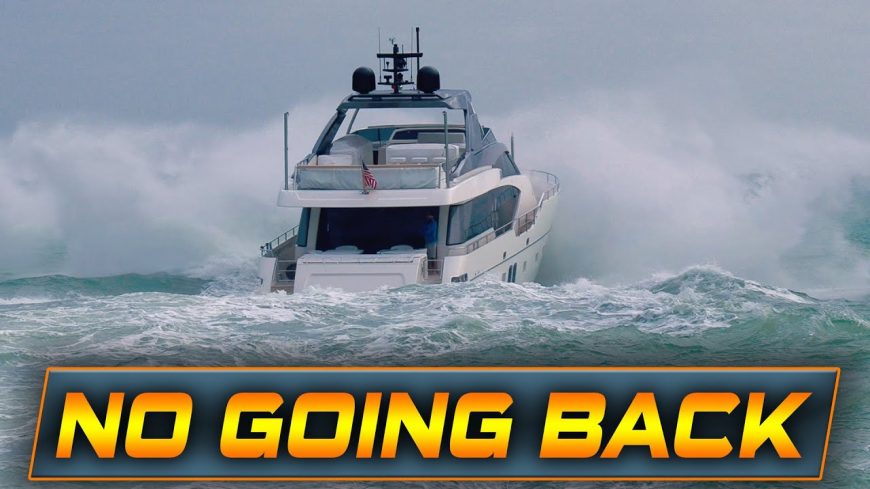 When even the most experienced boater ends up taking on a rough inlet, things can get a little bit hectic. Let’s just say that Haulover Inlet definitely has a reputation for being rather rough sometimes. In fact, there are a couple of YouTube channels out there that have taken their cameras to the inlet to capture the action as professionals and novices alike try to conquer the conditions.

This time, we tune in on an incredibly rough day. It’s so rough, in fact, that some of the smaller boats end up turning around and heading back in. No need to try and make decisions that your vessel isn’t capable of following through with. When it comes to spots like these, it’s better safe than sorry because it’s only an instant before you end up in the water and in a life or death situation.

While some would turn around, others chose to keep on charging forward and some of these captains didn’t have a choice in the matter. While some of the smaller vessels have enough room to maneuver around, the larger vessels just have to keep charging forward. Not only is there not enough space to turn them around but these bigger boats are much slower and can’t make a U-turn on a dime. It’s not hard to see how things can get rather dicey if a massive yacht is sitting sideways in a crowded inlet with waves hitting it in the side.

In any case, the video below shows off the variety of boaters who decided to take on the challenge that day. Even some of the bigger vessels here are bouncing up and down like a bobber in the chaotic conditions. It’s days like this that we’re kind of glad that we’re watching from shore instead of being bounced around onboard one of these boats.

« If You Get a Ticket From an Airplane, This is How You Beat It!