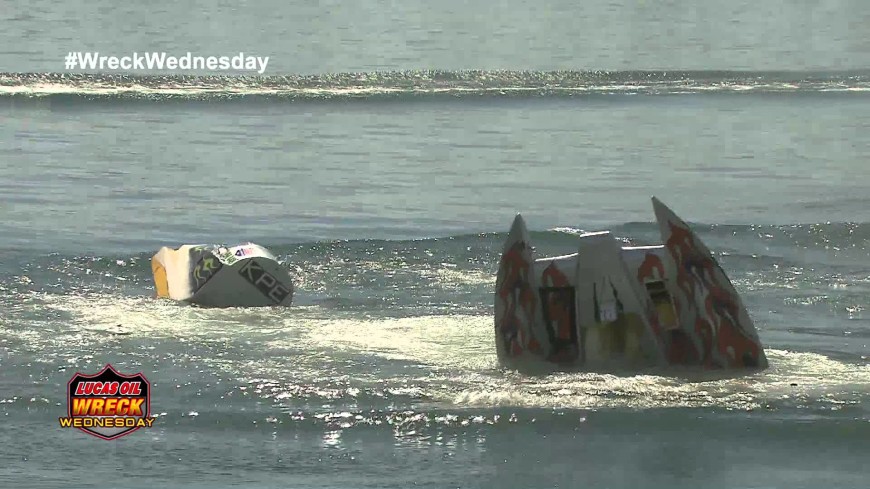 When it comes to going fast on the water, precision is a must. While it would seem that the liquid surface would be forgiving, we’re told that it feels like concrete at a high rate of speed.

With that in mind, we’re going to go ahead and assume that this wreck that shattered a drag boat to pieces didn’t feel all that good.

During a qualifying pass for the Pro Modified Lucas Oil Drag Boat event in Lake Havasu, Lee Warren caught an edge in his boat and the result wasn’t pretty to say the least.

Check out the video below that shows an up close and personal view of the carnage that came of the accident. Luckily the first responders acted quickly, but this is a scary situation none the less.

This flipping speed boat will leave you with a knot in your stomach!