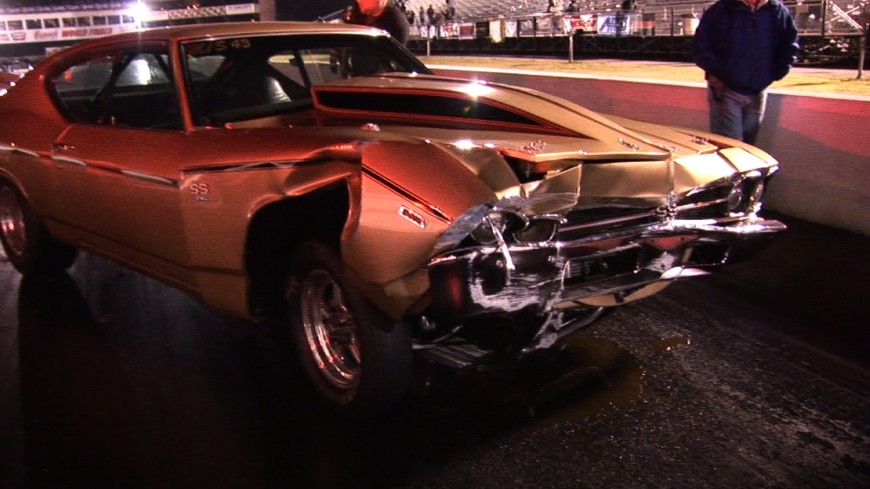 It truly is a shame any time that somebody’s pride and joy gets destroyed at the drag strip, but this time a full steel bodied classic bites the dust, causing the hurt to be about 100 times worse!

It looks like the driver of this Chevrolet Chevelle didn’t even have time to correct the sliding ride before it met its unfortunate fate of becoming one with the wall.

Check out the video below as the car takes a pretty insane lick and has to be towed away on a rollback. While the owner is rightfully upset, he is ok an on the phone planning out the repair before the cameras can even cut off!

These spectators nearly regret their decision to sit so close to the action! This near miss is INSANE!